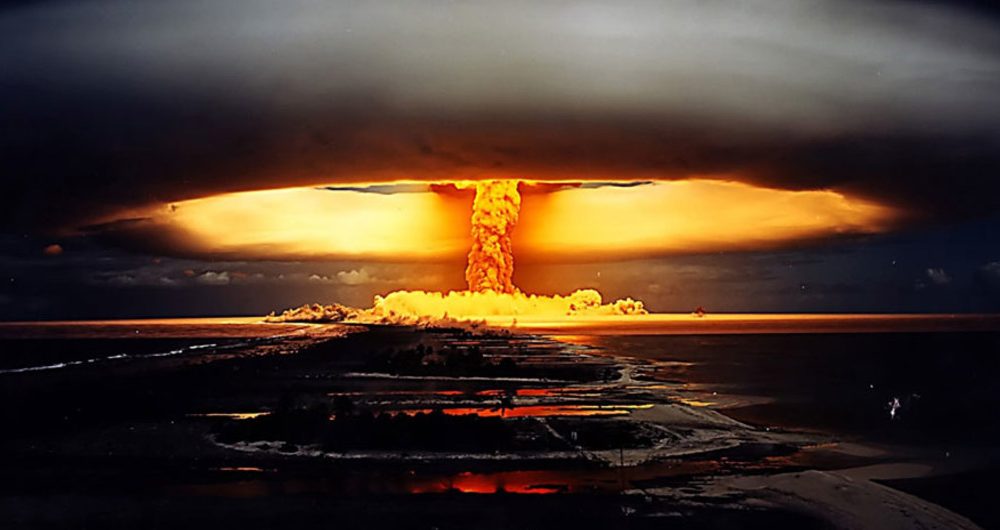 The dangerous legacy of nuclear weapons testing continues to affect many communities, a leading rights expert said on Thursday, on the 75th anniversary of testing in the United States, that heralded the nuclear age.

In an appeal to governments worldwide to get rid of weapons of mass destruction, UN Special Rapporteur on toxics, Baskut Tuncak, said that the Trinity tests in New Mexico on 16 July 1945, were the prelude to “two horrific explosions suffered by (the) innocent people of Japan”, during the Second World War.

They were also followed by the detonation of hundreds of nuclear bombs over vulnerable communities in the Pacific, and the disposal of radioactive waste on lands and territories of indigenous peoples.

This had created a legacy of nuclear testing that “is one of the cruelest examples of environmental injustice witnessed” in “what should be a peaceful island paradise”, said Mr. Tuncak, who reports to the Human Rights Council in Geneva. From 1946-58, 67 nuclear bombs were detonated on the Marshall Islands, he said, the equivalent of more than 1.5 “Hiroshima-sized explosions every day for 12 years”.

Communities “have suffered unimaginably” from radioactive contamination and this continues today “with a legacy of contamination, illness, and anguish”, the expert insisted.

Similarly, in French Polynesia, over 200 nuclear tests were conducted over a 30-year period from 1966 to 1996, subjecting inhabitants to associated health and environmental damage, the Special Rapporteur said.

From Greenland to the indigenous territories of the United States, he warned that people continued to suffer from the nuclear testing era.

“In recent decades, numerous Native American tribes received funding to store unwanted nuclear waste on their lands,” he said. “Those of Point Hope, Alaska, became recipients of radioactive soil and higher cancer rates that are believed to have been the foreseeable result. And the people of Greenland discovered radioactive waste left by the US military, unbeknownst to them as the ice continues to melt in the Arctic.”

This discriminatory approach should be addressed by all States as part of the discussion on “systemic racism” and nuclear disarmament, Mr. Tuncak insisted.

“Unaddressed, the dangers of radioactive contamination will persist for centuries, and so too will the harmful legacy of racism that surrounds this tragic chapter of humanity,” he added.