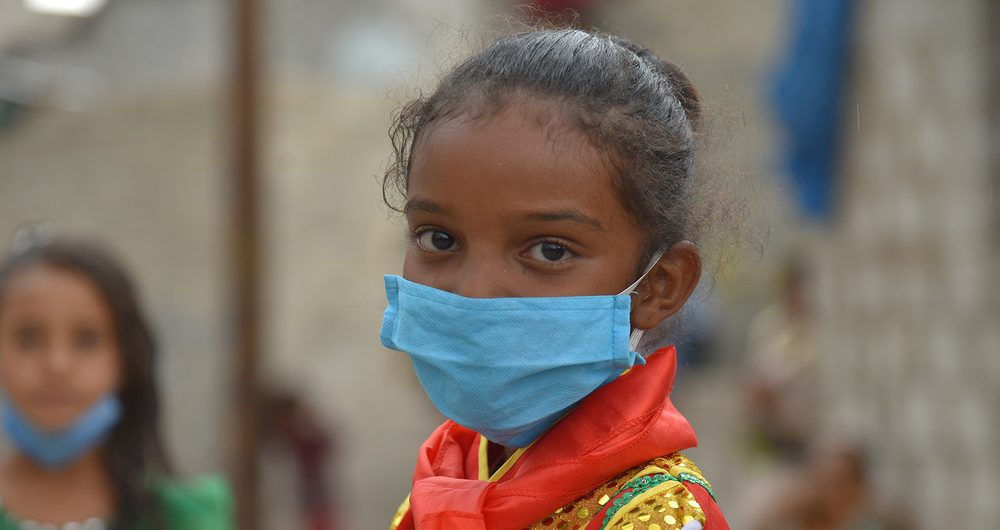 Millions of children in the heart of the world’s worst humanitarian disaster could be pushed to the brink of starvation, due to huge shortfalls in humanitarian aid funding amid the coronavirus pandemic, the UN Children’s Fund (UNICEF) said on Friday.

Marking more than five years since conflict escalated in the country between government forces and their allies, against Houthi rebel militias, the new UNICEF report warns the number of malnourished children could reach 2.4 million by end of the year, almost half of all under-fives.

An additional 30,000 children could develop life-threatening severe acute malnutrition over the next six months.

Yemen five years on: Children, conflict, and COVID-19 warns that as Yemen’s devastated health system and infrastructure overall struggles to cope with the coronavirus pandemic, the already dire situation for children is likely to deteriorate considerably.

UNICEF reported that an additional 6,600 children under five could die from preventable causes by the end of the year. With a health system teetering closer to collapse, only half of the health facilities are operational, with huge shortages in medicine, equipment, and staff.

More than eight million people, nearly half of them children, depend directly on the agency for water, sanitation, and hygiene (WASH), amid ongoing conflict, cholera outbreaks, and the COVID-19 pandemic.

“We cannot overstate the scale of this emergency as children, in what is already the world’s worst humanitarian crisis, the battle for survival as COVID-19 takes hold”, said Sara Beysolow Nyanti, UNICEF Representative to Yemen.

“As the world’s attention focuses on the COVID-19 pandemic I fear the children of Yemen will be all but forgotten. Despite our own preoccupations right now, we all have a responsibility to act and help the children of Yemen. They have the same rights of any child, anywhere”, Ms. Nyanti added.

Widespread absence from class and a worsening economy could put children at greater risk of child labor, recruitment into armed groups, and child marriage, the report highlights.

“If we do not receive urgent funding, children will be pushed to the brink of starvation and many will die. The international community will be sending a message that the lives of children in a nation devastated by conflict, disease, and economic collapse, simply do not matter”, Ms. Nyanti pointed.

Yemen five years on: Children, conflict, and COVID-19 warns that unless US$54.5 million is received for health and nutrition services by the end of August, more than 23,000 children with severe acute malnutrition will be at increased risk of dying; there will be shortages on the children’s immunization, and 19 million people will lose access to healthcare, including one million pregnant and breastfeeding mothers and their children.

The report also highlights that crucial water and sanitation services for three million children and their communities will begin to shut down from the end of July, unless US$45 million is secured.

“UNICEF is working around the clock in incredibly difficult situations to get aid to children in desperate need, but we only have a fraction of the funding required to do this”, concluded Ms. Nyanti.

Support Yemen or watch the country ‘fall off the cliff’

On Wednesday, the UN humanitarian chief warned that Yemen will “fall off the cliff” without massive financial support.

Speaking to a closed virtual Security Council meeting on Wednesday, Mark Lowcock said that coronavirus was spreading rapidly across Yemen, and about 25 percent of the country’s confirmed cases, has died.

“At a minimum, we can expect many more people to starve to death and to succumb to COVID-19 and to die of cholera and to watch their children die because they are not immunized for killer diseases”, he said.

The UN relief chief warned that the coronavirus pandemic is “adding one more layer of misery upon many others”. Calling for funding, he told members that the choice was between “supporting the humanitarian response in Yemen and help to create the space for a sustainable political situation, or watch Yemen fall off the cliff.”