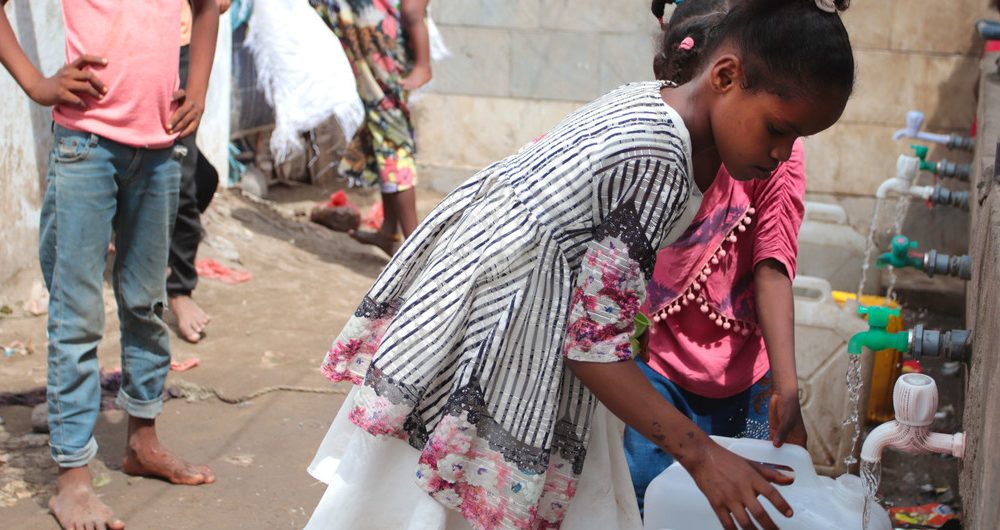 UN Special Envoy for war-weary Yemen, Martin Griffiths, told the Security Council on Thursday, that he had been in intensive negotiations with the warring parties in Yemen over a lasting peace deal, with “significant progress” made, especially towards making the UN’s call for a complete silencing of the guns, a reality.

Despite a looming COVID-19 pandemic and a global economic downturn threatening even more adversity, he maintained that the UN has provided “a feasible roadmap” that puts the onus on “those with arms and power”, to achieve it.

“I am coming to this Council yet again to express hope, instead of to report success. And this is frustrating, at a time when the spread of COVID-19 and a global economic downturn threaten to cause even more adversity in a country that has already experienced more than nearly any other”, said Mr. Griffiths.

He underscored that peace, and realizing the ceasefire call, was part of a broader package of needs that must include humanitarian and economic measures.

He was “extremely encouraged” that both the Yemeni Government and opposition Houthi rebels, known formally as Ansar Allah, have positively engaged with UN proposals, calling them “important indications” of their willingness to make the needed compromises for peace.

The civil war escalated in 2013 when a Saudi-led coalition joined the internationally recognized Government effort to drive the Houthis and their supporters, out of the capital, and other areas under their control.

Describing the situation in Aden where the UN envoy fears “a perfect storm is brewing”, he spoke about COVID-19, malaria and cholera causing deaths to rise daily – and a health system ill-equipped to diagnose and treat people – exceptionally heavy flooding has damaged infrastructure and homes; and long-deteriorating public services that are now at a breaking point.

The separatist Southern Transitional Council (STC), which was in alliance with the Government, based in Aden, has now taken control of the city, leading to the stalling of the Riyadh Agreement between the two. The STC has recently been taking steps to make local institutions answerable to them.

Thus, the top UN envoy underscored the urgency in implementing the Agreement, to ensure responsive governance and improved service delivery in Aden while also providing for the STC’s inclusion in a resumed UN-led political process to end the conflict.

Mr. Griffiths expressed confidence that upcoming negotiations would allow the parties to “swiftly resume the political process” to end the conflict and outline arrangements for a transition period before lasting peace can be established.

“The transitional period would give Yemen an opportunity to escape the misery of conflict”, he said. “It would allow for the focus to shift toward reconstruction, recovery and reconciliation”.

Once a political solution is found, He said a new Yemen could emerge, where essential needs would be met, families would be safe, institutions would serve citizens equitably, women would lead without repression, journalists would report freely, and differences would be resolved through partnership and dialogue.

“I insist that such a future for Yemen is eminently realistic…and this Council has a vital role to play in supporting them, and more importantly the Yemeni people, along the path toward peace”, the UN envoy concluded.

During the first quarter of the month there was a threefold increase on attacks against health facilities, with one also reported in April.

“International humanitarian law requires all parties to take constant care to spare civilians and civilian objects throughout military operations”, he said, noting that that in light of COVID-19, it was even “more critical to respect and protect medical facilities”.

And amidst coronavirus fears, stigma surrounding asylum-seekers and people on the move is rising, with more refugees and migrants being forcibly deported or detained.

Mr. Rajasingham also noted “a disturbing increase” of harassment and incitement against the UN, which makes its work “more dangerous and sometimes forces partners to pause activities at the time when they are needed the most”.

Yet, the UN official said, “we’re still reaching more than 10 million people every month” with food, water, healthcare and other services and offering “some of the best chances for people to protect themselves against COVID-19”.

No funds to weather coronavirus

He said the World Health Organization (WHO) had been forced to scale back its operations due to lack of funding, including shuttering therapeutic feeding centres that treat the most severely malnourished children.

“Amidst a pandemic, this is shocking”, said the OCHA deputy chief, adding that preventing disease and feeding sick children are the kinds of programmes should be “protected at all costs”.

“We need bold action to stabilize the economy and soften the blow of measures that may be necessary to protect public health”, he told the Council, including regular foreign exchange injections and steps to increase affordable food and other goods in markets across the country.

In closing, Mr. Rajasingham spelled out: “Peace is the best chance Yemen has to contain COVID-19, and we hope the parties will work with the Special Envoy to make it a reality”.