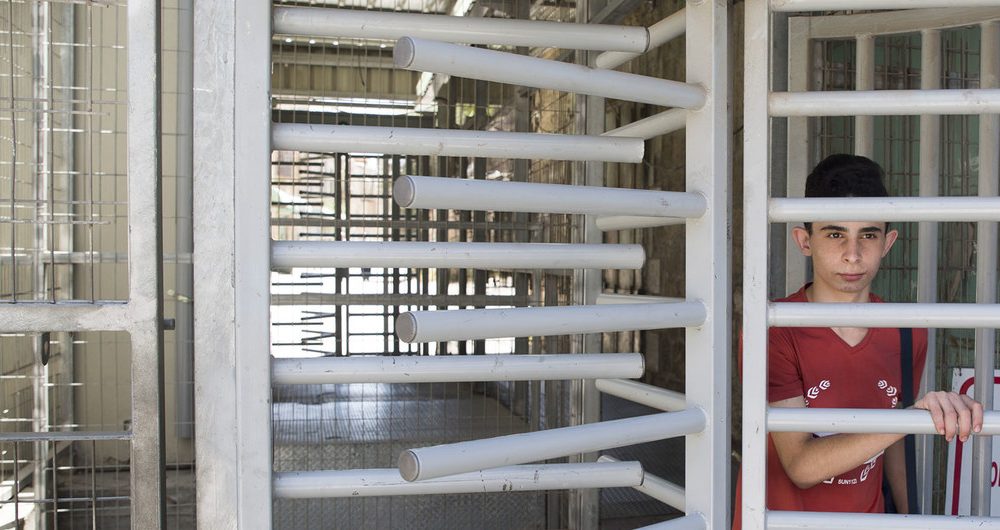 Three senior United Nations officials in the Middle East are calling for the release of Palestinian children from Israeli-run prisons and detentions centres, saying they are at particular risk of COVID-19 infection.

That’s more than the monthly average in 2019, they said in a joint statement, adding that the vast majority have not been convicted of any offence, but rather are being held in pre-trail detention.

“Children in detention face heightened risk of contracting COVID-19, with physical distancing and other preventive measures often absent or difficult to achieve”, they said, noting that since the pandemic took hold in Israel, legal proceedings are on hold and almost all prison visits cancelled.

Pointing to the Convention on the Rights of the Child, which both Israel and Palestine have ratified, they said that in normal times, the arrest or detention of children should only be a last resort – and for the shortest possible duration.

During a pandemic, however, States should pay greater attention to the rights and protection needs of children, they stated.

“The best way to uphold the rights of detained children amidst a dangerous pandemic, in any country, is to release them from detention and to put a moratorium on new admissions into detention facilities,” they said.

“We call on the Israeli and Palestinian authorities to do so immediately.”

The joint statement echoed a call from UNICEF chief Henrietta Fore on 13 April for the release of all detained children who can return to their immediate or extended families or to an appropriate alternative, such as community-based care.

It also dovetailed with appeal from the Committee on the Rights of the Child – a panel of independent experts that monitors implementation of the Convention – for the release of children from all forms of detention, whenever possible, and to give those who cannot be released the means to keep in touch with their families.

Speaking more broadly, Michelle Bachelet, the UN High Commissioner for Human Rights, called on 25 March for the release of everyone detained without sufficient legal basis – including political prisoners and others detained simply for expressing critical or dissenting views.