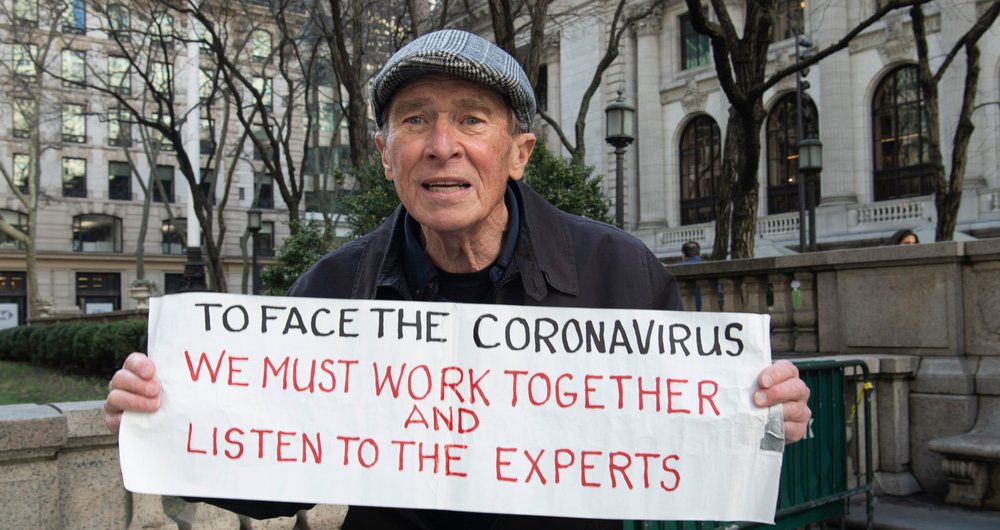 US must improve COVID-19 strategy to keep tens of millions from falling into poverty, urges rights expert

The United States must take urgent additional steps to prevent tens of millions of middle-class Americans hit by the COVID-19 pandemic from being “plunged into poverty”, according to an independent UN human rights expert.

“Low-income and poor people face far higher risks from the coronavirus due to chronic neglect and discrimination, and a muddled, corporate-driven, federal response [that] has failed them”, said Philip Alston, the UN Special Rapporteur on extreme poverty and human rights, who made a fact-finding visit to the US in 2017.

He painted a picture of record layoffs, a weak safety net, and a Government “focusing primarily on businesses and the well-off”, saying that significant portions of the country “will soon face destitution unless Congress takes far-reaching action”.

Over a four-week period, more than 22 million people have filed for unemployment and US Federal Reserve economists reportedly project up to 47 million lost jobs through the summer.

Moreover, food bank use is skyrocketing and almost a third of housing tenants in the US reportedly did not pay April’s rent on time.

The independent expert maintained that people in poverty are disproportionately threatened by the coronavirus.

“They are more likely to work in jobs with a high risk of exposure, live in crowded and insecure housing, reside in neighborhoods that are more vulnerable because of air pollution, and lack access to healthcare”, he said. “Communities of color, who face a persistent racial wealth gap, are at particular risk and are dying at much higher rates.”

Additionally, the poor have fewer resources to cushion economic blows and are more susceptible to mass layoffs and pay cuts. And low-income children have less capacity to access classes online.

“Despite these severe risks, federal relief is not yet reaching many people in need and is fundamentally inadequate in scope and kind given the magnitude of the crisis and its longer-term impact”, pinpointed Mr. Alston, noting that one-time payments not only provide less than a month’s living wage but also exclude millions of taxpaying undocumented immigrants.

On March 27, President Donald Trump signed into law a historic $2 trillion emergency relief package that made its way through Congress, to provide stopgap funding for workers, small businesses and industry, impacted by the need to lock down much of the country to halt the transmission of COVID-19.

More than half of workers were left out of sick leave legislation, the Special Rapporteur highlighted; student debt relief excludes the millions who borrowed from private companies; and despite tens of millions of people lacking insurance, no comprehensive steps have been taken to cover medical treatment, added Mr. Alston.

The Special Rapporteur called for “accessible, affordable treatment” to ensure that when a coronavirus vaccine does become available, it is not rolled out first to the wealthy first and “only eventually” to those most at risk.

“Poor people will be harmed if Congress continues to deny meaningful assistance to state and local governments, which are considering cuts to services like public transportation, education, legal aid and healthcare”, he underscored.

Even before the crisis, an estimated two in five Americans could not cover a $400 expense without going into debt, and according to the US Census Bureau, in 2018, 38.1 million people lived in poverty.

The independent UN expert urged the US to provide immediate further relief, such as rental assistance and debt suspension, as well as long-term solutions, including a green stimulus package and student debt cancellation.

“This is a moment to re-evaluate failing health, housing and social support systems that have made this crisis especially painful for the less well-off”, he concluded.

Special Rapporteurs are appointed by the Geneva-based UN Human Rights Council to examine and report back on a specific human rights theme or a country situation. The positions are honorary, they are not UN staff nor are they paid for their work.