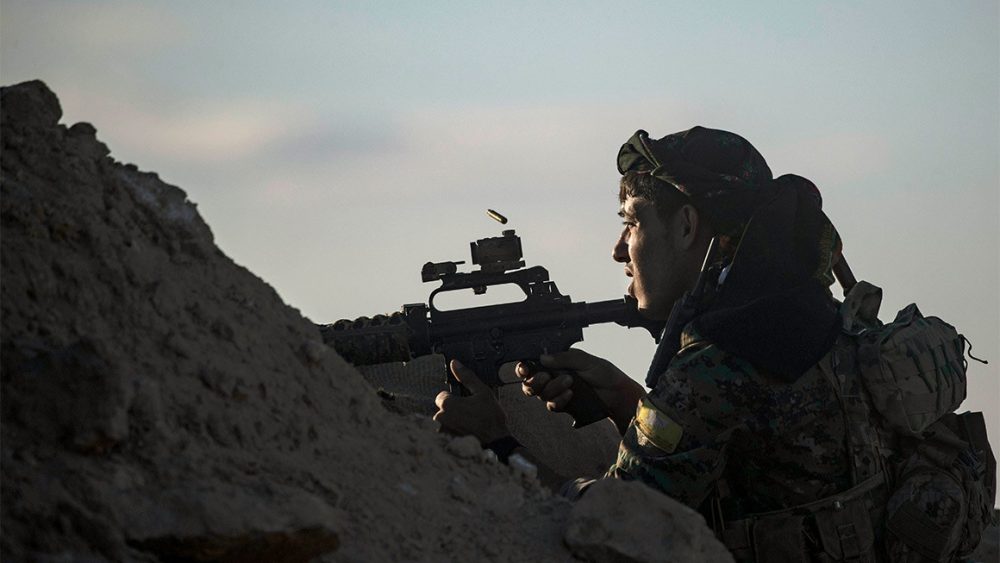 Despite the loss of its last stronghold in Syria and the death of its leader, ISIL “remains at the centre of the transnational terrorism threat”, a senior UN official told the Security Council on Friday.

In presenting the latest UN report on ISIL, Vladimir Voronkov, head of the UN Office of Counter-Terrorism, urged the international community to remain united in fighting the group’s reach, which extends to Africa, Europe, and Asia.

“ISIL has continued to seek resurgence and global relevance online and offline, aspiring to re-establish its capacity for complex international operations.  ISIL’s regional affiliates continue pursuing a strategy of entrenchment in conflict zones by exploiting local grievances”, he said.

Thousands of foreigners traveled to Syria and Iraq to support ISIL, also known as Daesh, and it’s estimated that up to 27,000 are still alive. They will continue to pose threats in the short and long-term, Mr. Voronkov reported.

For example, European countries are concerned over the anticipated release this year of some 1,000 terrorism-related convicts, some of whom include returned former fighters.

“ISIL lost its last stronghold in the Syrian Arab Republic in March last year and has seen a change in leadership after the death of al- Baghdadi in October, but this report shows that the group remains at the centre of the transnational terrorism threat. We must stay vigilant and united in confronting this scourge.”

The Council also heard from Mona Freij, a civil society representative, who fled the Syrian city of Raqqa after ISIL fighters “armed to the teeth” stormed her house in September 2014.

She escaped after a neighbour diverted the fighters, but her family members were subsequently arrested, tortured and left traumatized.

Ms. Freij returned to Raqqa in 2017 after the “Daesh nightmare” had ended. “Women were deprived of education and they were in a very difficult situation,” she recalled.

“I found orphaned children…and they told me that they had been forced to join Daesh, and the women had to bear children by the fighters.  If they refused the sexual advances of the fighters, they were punished. They could not put an end to their pregnancies. They were hostages who had to obey the orders of monsters. Even today, they have difficulty in proving who the fathers of the children are.”

Mr. Voronkov told the Council that the most pressing concern now is the situation of more than 100,000 people associated with ISIL, mainly women, and children, currently in detention and displacement camps.

She welcomed countries’ efforts to repatriate these women and children and called on other nations to follow suit.

“ISIL has destroyed entire communities, uprooted families and brainwashed thousands by spreading its toxic and misguided ideology. Today the international community has an opportunity to prosecute the perpetrators, rehabilitate the victims and facilitate reconstruction and community development in places destroyed by ISIL violence”, she said.

“The repatriation of women and children will accelerate that process, and the prosecution of ISIL fighters and their affiliates, in accordance with international human rights will help bring closure to the victims. This is one of the defining counter-terrorism challenges of our time. Inaction now will only make our future counter-terrorism efforts harder.”