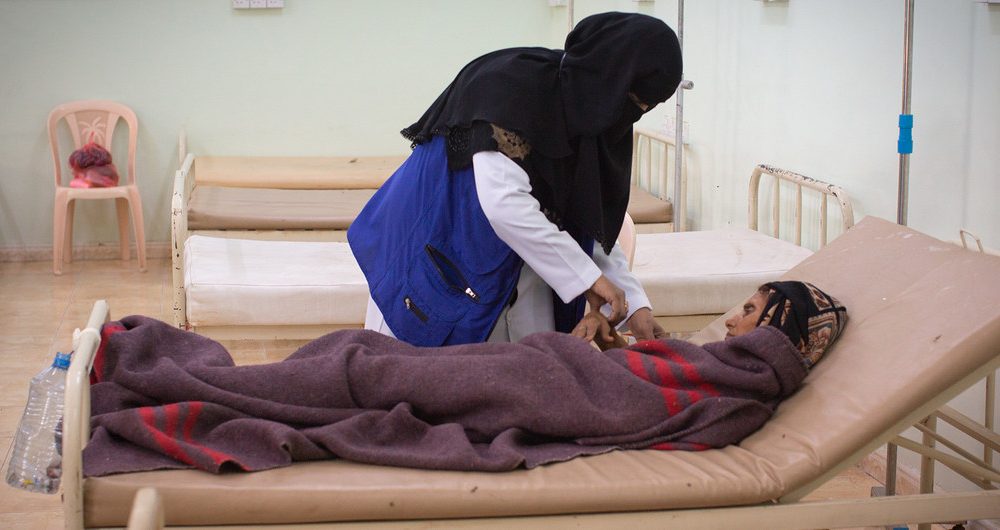 International action to drive down cholera led to a 60 percent decrease in cases in 2018, compared with the previous year, the World Health Organization (WHO) reported on Thursday.

This points to what the UN agency described as “an encouraging trend” in prevention and control in major cholera hotspots such as Haiti, Somalia and the Democratic Republic of the Congo (DRC).

“The decrease we are seeing in several major cholera-endemic countries demonstrates the increased engagement of countries in global efforts to slow and prevent cholera outbreaks and shows the vital role of mass cholera vaccination campaigns,” said WHO Director-General Tedros Adhanom Ghebreyesus.

Cholera is an acute diarrhoeal infection which is caused by ingesting contaminated food or water.  It can kill within hours if left untreated.

Most cases—371,326—were in Yemen, where reporting has been “imprecise”, according to WHO.

Although outbreaks are still occurring in various countries, WHO said the figures represent “a significant downward trend” which has carried over to the current year.

WHO believes the decline is the result of massive vaccination programs.  Eleven countries received nearly 18 million doses of oral cholera vaccine in 2018, funded by the vaccine alliance, GAVI.

However, to defeat cholera long-term, WHO stressed the need to increase access to clean drinking water and adequate sanitation.

Dr. Dominique Legros, head of the UN agency’s cholera program, also called for continued commitment to a 2017 strategy for effective control and elimination.

Known as the Global Roadmap, it aims to reduce cholera deaths by 90 percent and to eliminate transmission in up to 20 countries by 2030.

The strategy calls for countries to take action in areas such as early detection and rapid response, strengthened surveillance and vaccination, and effective coordination and resource mobilization.

“The global decrease in case numbers we are observing appears to be linked to large-scale vaccination campaigns and countries beginning to adopt the Global Roadmap to 2030 strategy in their national cholera action plans,” said Dr. Legros.

“We must continue to strengthen our efforts to engage all cholera-endemic countries in this global strategy to eliminate cholera.”

WHO support to countries

WHO estimates that cholera infects up to four million people annually, claiming some 143 000 lives.

The UN agency and its partners support affected countries with response and prevention.

In 2018, staff helped authorities respond to major outbreaks in the DRC, Nigeria, Uganda, Yemen, Zambia, and Zimbabwe.  WHO also assisted Haiti, Tanzania, and Zambia to transition to longer-term cholera control and elimination.