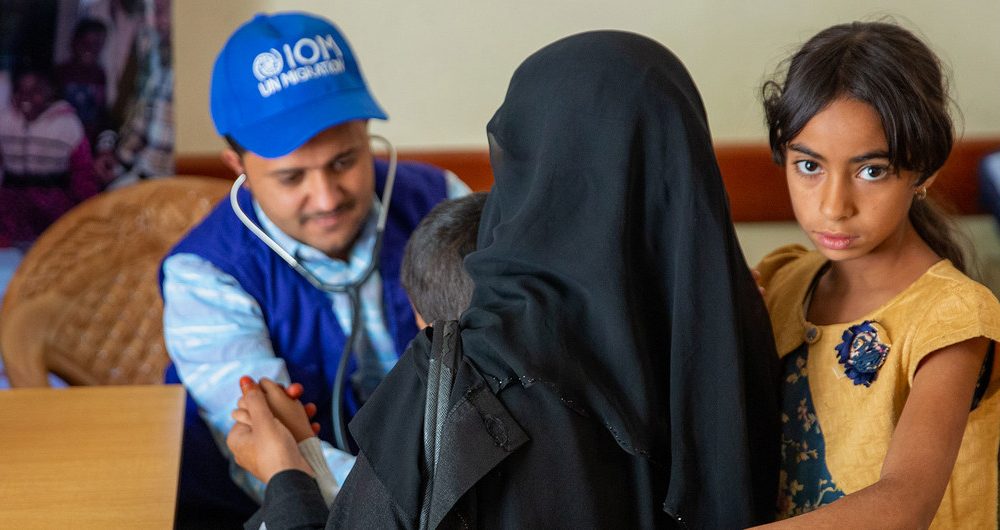 Since the beginning of the year, the UN Migration Agency has carried out over one million health consultations for displaced and conflict-affected Yemenis and migrants struggling to reach the help they need, the organization announced on Friday.

Yemen’s public sector has been pushed to “a breaking point”, as the country enters its fifth year of conflict, prompting the closure of half of the country’s health facilities. As of 11 September, 1,095,072 health consultations were provided by the International Organization for Migration (IOM) as part of its emergency lifesaving services and support to the health sector to ensure it continues to operate in the war-battered country.

Over 19,000 people received psychosocial counseling, 113,000 others received reproductive health consultations, and more than 71,000 were part of health awareness-raising activities.

Public health facilities were already strained before the onset of Yemen’s crisis in 2015. Now, people must travel long distances for essential services, while some are forced to go without.

Further, dried up financial resources and a lack of health professionals has catalyzed the problem, while the number of people seeking medical assistance continues to rise in certain areas, overwhelming health centers.

The country’s humanitarian situation remains the worst in the world, according to the UN Population Fund (UNFPA). Around 80 percent of the population is in need of some kind of assistance, roughly 24 million people, and some 14.4 million find themselves in acute need, nearly two million more than just one year ago.

In its latest monthly update on the situation, the agency cited examples of health centers rendered inoperable due to a swell in fighting, with expecting mothers turned away from hospitals not equipped to handle births.

One woman living in Birali, Lahj governorate, where IOM helped re-establish the local health center recalled that before the center was running again, “we had to travel to Hadramout or Aden”, approximately 120 and 450 kilometers away, respectively. “A woman in labor couldn’t do that”, she added.

IOM is supporting the restoration and operational needs of 86 facilities across the country to help ensure Yemenis have access to effective, safe, and free health care, through over 120,000 consultations every month.

Warehouses around the country store stockpiles of critical medicines, antibiotics or disease management medications to ensure a constant supply.

IOM’s Health Programme Coordinator in Yemen, Dr. Nedal Odeh said that with health needs rising, and many people living in places “with virtually no health services,” the organization’s aid to conflict-affected communities “is vital to the continuation of accessible health services and strengthening of the overall health system in Yemen.”