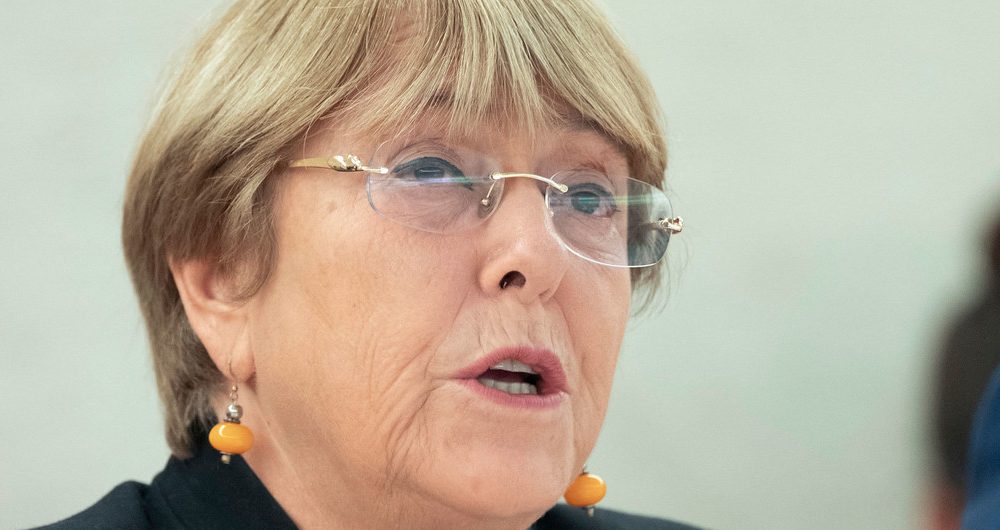 The world is undeniably facing rising challenges to multilateralism, however, work can be done with the Member States to strengthen the agreement of the landmark Universal Declaration of Human Rights, the UN’s top rights official told the committee charged with tackling social, humanitarian and cultural issues, on Tuesday.

Continuing its debate on the promotion of human rights, which opened at headquarters in New York on Monday, the Third Committee of the General Assembly heard from the UN High Commissioner for Human Rights, Michelle Bachelet, about the growing problem of inequality across a multitude of sectors.

“We are witnessing an increase in xenophobia, hate speech, push backs on women’s equality and the rights of minorities,” the rights chief said, presenting her Office’s activity report.

“Nonetheless, I am convinced that we can work with the Member States to strengthen the consensus of the Universal Declaration of Human Rights”, she encouraged, adding that regardless of the economic system, government or culture, all countries are obliged to respect economic, social, civil and political rights.

In 2019 so far, the UN human rights office (OHCHR) has assisted in the implementation of more than 1,500 activities across all regions, with help from States, national rights institutions, civil society, and the business sector.

The Office’s recent efforts to promote economic, social, and cultural rights (ESCR) “are essential building blocks” in staying on track on the road to achieving 2030 Sustainable Development targets, she told delegates.

Such undertakings have included lawyers’ rights protection in Madagascar, promotion of rights indicators to ensure States uphold ECSR standards across Argentina, Chile, and Uruguay, and building the capacity of domestic courts to make decisions on rights issues.

“Gender equality is at the core of our work”, she continued, detailing the Office’s leadership in addressing gender stereotypes and bias in judicial systems in Argentina, Panama, Tanzania and Uruguay; and efforts in line with advancing Sustainable Development Goal (SDG) 16 – the promotion of peaceful and inclusive societies.

In addition, States have become more accepting of recommendations set out in the Human Rights Council’s Universal Periodic Review, currently the only universal mechanism to improve the human rights situation and address rights violations across the globe.

Shifting to the threat of the climate emergency, Ms. Bachelet said she is determined to assist countries in mitigating the effects of global warming by helping them implement climate change adaptation strategies, with human rights-based policies.

To further the goal of coordination action toward a healthier planet, the Office signed a Memorandum of Understanding with the UN Environment Programme (UNEP) in August, she explained.

Unfortunately, the General Assembly’s funding “has not kept pace” with the steady increase in the treaty bodies’ work, and without adequate resources, the  UN’s committees cannot pursue regular dialogue with its Member States to carry out inquiries into rights violations.

The backlog of work constitutes a credibility crisis for treaty bodies, for the Office, and for States, she said, “but more importantly, it constitutes a denial of justice for victims of human rights violations.”

“My Office is exploring interim solutions, but this comes at the cost of other activities and cannot solve the underlying issues”, she said.