United Nations Association of Iran / News / More than half of world’s refugee children ‘do not get an education’, warns UNHCR
Sep 04 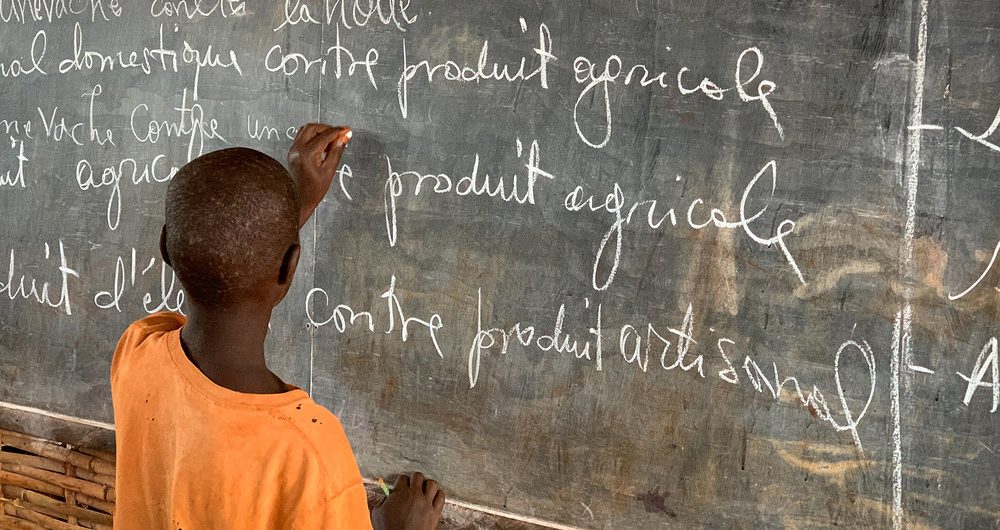 More than half of world’s refugee children ‘do not get an education’, warns UNHCR

Refugee children in their millions are missing out on an education, the UN said on Friday, in an appeal to host countries to back more inclusive policies to prevent them from “languishing” in camps for years and losing hope.

According to the new UN refugee agency (UNHCR) report,  Stepping Up, of 7.1 million refugee youngsters of school age, more than half do not attend lessons.

The barriers that prevent them from accessing learning become harder to overcome as they get older, the report shows.

Only six in 10 refugee children attend primary school – compared to nine in 10 globally – and only around two in 10 refugees get a secondary education, compared to the world average of more than eight in 10.

The trend is even clearer in higher education, where only three in every 100 refugee children are able to pursue their learning, compared with the world average of 37 in 100.

“It’s not just sad, but it’s also dumb,” Melissa Fleming, spokesperson for the agency’s High Commissioner, Filippo Grandi, told journalists in Geneva. “Not investing in refugees, people who have fled war zones …is not investing very simply in the future of its people; the people have to be the future teachers, architects, the peacemakers, artists, politicians who are interested in reconciliation, not revenge.”

According to the UNCHR report, the problem mainly affects poorer countries which offer shelter to families fleeing conflict and natural disasters, despite frequently lacking sufficient resources themselves.

In wealthy regions such as Europe, most countries have placed refugee children into mainstream education, Ms. Fleming explained, with the exception of Greece and a handful of Balkan States, “where refugees are in limbo and still seeking asylum”.

In Greece, ‘thousands and thousands…languishing dangerously’

Highlighting the critical situation for refugees and migrants in Greece, the UNHCR official warned that there continue to be “thousands and thousands of asylum seekers, many of them children, many unaccompanied minors who, given the lack of capacity of the Greek State, are not able to access education and are really languishing dangerously in many parts of the country, particularly on the islands.”

Stateless children are another of the agency’s biggest concerns, Ms. Fleming continued, noting that their lack of identification documents means that they are often refused access to school.

Asked about the hundreds of thousands of displaced Rohingya people who fled Myanmar amid a military operation in 2017, she highlighted that many children – and particularly those over 14 – have struggled to get an education in Bangladesh camps, amid a lack of resources.

On a more positive note, the UNHCR official welcomed the “exemplary” approach of Turkey, which has helped refugees to learn the national language so that they can go to school more easily.

Mexico has also supported a UNHCR program that has helped refugees to move to the north of the country, she said, where 100 percent of refugee children have enrolled in school.

In Africa, meanwhile, the agency is working with more than 20 countries to expand education opportunities for refugees, while States including Uganda, Ethiopia and Djibouti have also made changes to their education policy to allowing refugees access to secondary and tertiary learning.

Citing a lack of funding as the primary cause of refugee enrollment in secondary school, UNHCR is appealing to governments, the private sector, educational organizations, and donors to provide investment to change the traditional approach to refugee education.

With sufficient funding, UNHCR’s “secondary school initiative” aims to focus on building or refurbishing schools, as well as teacher training.

In addition, refugee families will receive support so that they can cover the expenses of sending their children to school, often outside the camps or communities where they have found shelter.

An important part of the UNHCR appeal is for more refugees to be included in national education systems, instead of being “corralled” into unofficial learning centers.

“Where you have a country that has a decent national school system, all we’re asking is, please allow the refugees to attend,” Ms. Fleming said. “This does not happen everywhere. What we often have are host countries of countries taking in thousands and thousands of refugees but basically sequestering them and expecting the international community to take care of them in all ways, hoping that the war will end and they will go home quickly. But the reality is…that the average time that refugees stay in exile is 17 years.”

If refugee youngsters are allowed access to educate the local system, “they’ll learn the language (and) the potential that they will return home and rebuild their country is much bigger,” she insisted.