United Nations Association of Iran / News / ‘There has never been a more urgent time,’ to safeguard children’s right to safe water and sanitation, says UNICEF
Sep 03 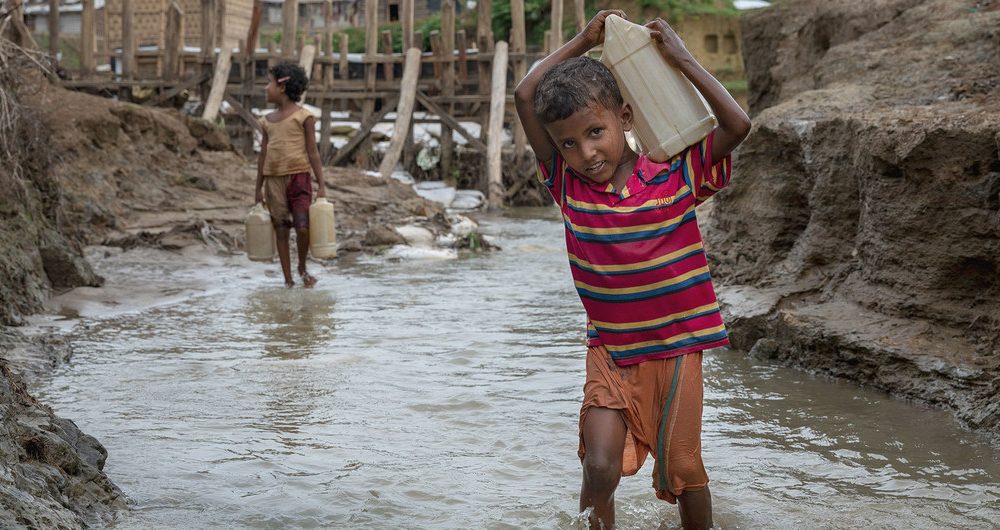 ‘There has never been a more urgent time,’ to safeguard children’s right to safe water and sanitation, says UNICEF

In the first volume of a new report, Water under Fire, the agency outlines how water, sanitation, and hygiene services can be planned, financed and executed to safeguard healthy livelihoods for children in fragile and conflict-affected areas.

From Cox’s Bazar to Ukraine to Yemen and similar places of extreme vulnerability, as seen, “the situation is dire for children,” UNICEF Associate Director for Water, Sanitation and Hygiene (WASH), Kelly Ann Naylor said, acknowledging that conflict-related crises are increasing in frequency, are more prolonged, and maiming the lives of more people.

“Humanitarian assistance alone will not resolve these issues, but through cross-sector partnerships, we can build sustainable and resilient water, sanitation and hygiene services that can create a more stable and peaceful future for children and their families.”

Data published by UNICEF in March revealed that scarce clean water supply could be as deadly as bullets, where children under the age of 15 are nearly three times more likely to die from diseases linked to poor sanitation conditions than from violence.

Fragility and armed conflict have increased worldwide over the last decade, the report notes, displacing millions of people globally and straining host communities that must deliver basic services, including water and sanitation to growing populations.

Water is at risk of becoming a “threat multiplier” for war-torn countries from Africa’s Sahel region, to the Middle East., with climate change impacts compounding the effects of a growing water crisis and indirectly accelerating hunger and health crises for entire populations.

Turning to implementable solutions underway in Bangladesh, Ethiopia, Lebanon, Nigeria, Somalia, the Occupied Palestinian Territory, Yemen and beyond, the report aims to replicate and scale up these efforts into a framework for ensuring resilient water and sanitation services for children globally.

In South Sudan, a result of improved sanitation education has aided households in addressing malnutrition and reducing incidents of gender-based violence, while a joint effort by Tripoli and Lebanon to close water service gaps paved the way for social cohesion between the previously divided groups.

In tandem with the Water Under Fire Campaign launched on 22 March, the report seeks to ensure the rights to water and sanitation for all, while moving toward sustainable development and peace.

Nearing 30 years since the adoption the UN child rights treaty, the Convention on the Rights of the Child, Ms. Naylor stressed, “there has never been a more urgent time to safeguard the right to water and sanitation for every child.”