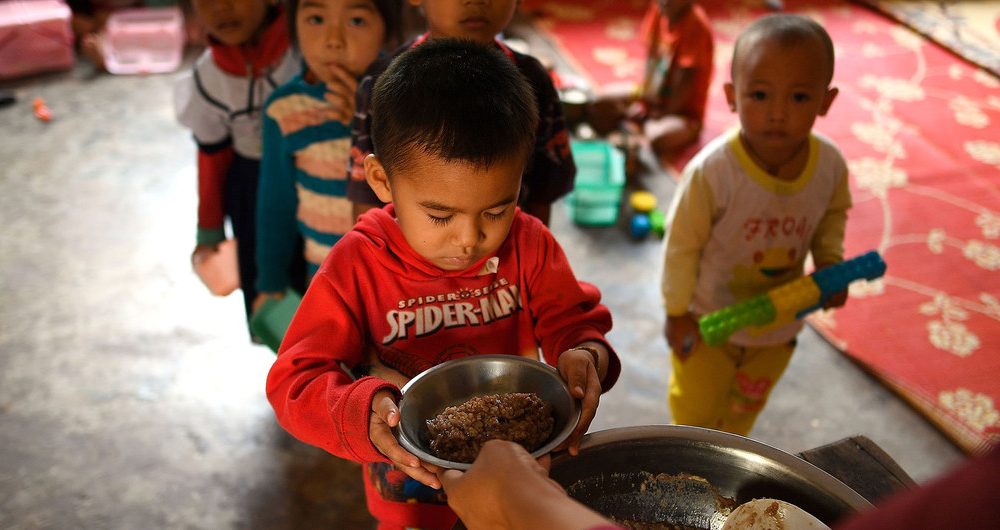 After nearly a decade of progress, the number of people who suffer from hunger has slowly increased over the past three years, with about one in every nine people globally suffering from hunger today, the United Nations said in a new report released on Monday.

This fact underscores “the immense challenge” to achieving the Zero Hunger target of the Sustainable Development Goals(SDGs) by 2030, according to the State of Food Security and Nutrition in the World 2019.

The report, launched on the margins of the High-level Political Forum (HLPF) – the main UN platform monitoring follow-up on States’ actions on the SDGs – currently under way in New York, breaks down statistics by region, and shows that hunger has risen almost 20 per cent in Africa’s subregions, areas which also have the greatest prevalence of undernourishment.

“Our actions to tackle these troubling trends will have to be bolder, not only in scale but also in terms of multisectoral collaboration,” the heads of the UN Food and Agriculture Organization (FAO), the International Fund for Agricultural Development (IFAD), the UN Children’s Fund (UNICEF), the World Food Programme (WFP) and the World Health Organization (WHO) urged in their joint foreword to the report.

Hunger is increasing in many countries where economic growth is lagging, particularly in middle-income countries and those that rely heavily on international primary commodity trade.

The annual UN report also found that income inequality is rising in many of the countries where hunger is on the rise, making it even more difficult for the poor, vulnerable or marginalized to cope with economic slowdowns and downturns.

“We must foster pro-poor and inclusive structural transformation focusing on people and placing communities at the centre to reduce economic vulnerabilities and set ourselves on track to ending hunger, food insecurity and all forms of malnutrition,” the UN leaders said.

This year’s edition of the report takes a broader look at the impact of food insecurity – beyond hunger.

It introduces, for the first time, a second indicator for monitoring Sustainable Development Goals (SDGs) Target 2.1 on the Prevalence of Moderate or Severe Food Insecurity that shows that 17.2 per cent of the world’s population, or 1.3 billion people, lacked regular access to “nutritious and sufficient food”.

“Even if they were not necessarily suffering from hunger, they are at greater risk of various forms of malnutrition and poor health”, according to the report.

The combination of moderate and severe levels of food insecurity brings the estimate to about two billion people, where in every continent, women are slightly more food insecure than men.

Turning to children, the report disclosed that since 2012, no progress has been made in reducing low birthweight.

Additionally, while the number of under-age-five children affected by stunting has decreased over the past six years by 10 per cent globally, the pace of progress is too slow to meet the 2030 target of halving the number of stunted children.

Furthermore, overweight and obesity continue to increase throughout all regions, particularly among school-age children and adults.

To safeguard food security and nutrition, the 2019 report stresses the importance to economic and social policies to counteract the effects of adverse economic cycles when they arrive, while avoiding cuts in essential services.

It maintains that the uneven pace of economic recovery “is undermining efforts to end hunger and malnutrition, with hunger increasing in many countries where the economy has slowed down or contracted”, mostly in middle-income nations.

“Income inequality increases the likelihood of severe food insecurity, and this effect is 20 per cent higher for low-income countries compared with middle-income countries”, the report spells out.