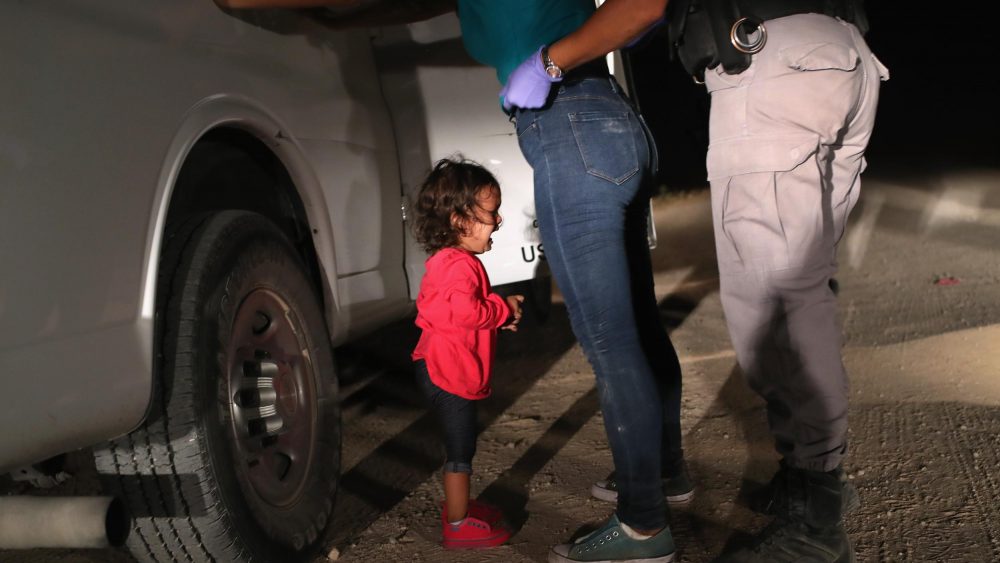 Conditions in which migrants and refugees are being held in the United States are appalling, said the UN human rights chief on Monday, underscoring that children should never be held in immigration detention, or separated from their families.

“As a pediatrician, but also as a mother and a former head of State, I am deeply shocked that children are forced to sleep on the floor in overcrowded facilities, without access to adequate healthcare or food, and with poor sanitation conditions”, said High Commissioner for Human Rights Michelle Bachelet.

She stated that according to several UN human rights bodies, detaining migrant children may constitute cruel, inhuman or degrading treatment that is prohibited under international law.

Spelling out that immigration detention is never in the best interests of a child, the OHCHR chief explained that “even for short periods under good conditions” it “can have a serious impact on their health and development”. “Consider the damage being done every day by allowing this alarming situation to continue”, she said.

Noting the disturbing report by the US Department of Homeland Security’s Office of Inspector General on the conditions in migrant centres along the southern border, Ms. Bachelet urged the authorities to find non-custodial alternatives for migrant and refugee children and adults.

“Any deprivation of liberty of adult migrants and refugees should be a measure of last resort”, she maintained.

If migrants or refugees are detained, the High Commissioner emphasized that it should be for the shortest period – with due process safeguards and under conditions that fully meet all relevant international human rights standards.

“States do have the sovereign prerogative to decide on the conditions of entry and stay of foreign nationals”, she acknowledged, adding, “but clearly, border management measures must comply with the State’s human rights obligations and should not be based on narrow policies aimed only at detecting, detaining and expeditiously deporting irregular migrants”.

The human right chief elaborated that “in most of these cases, the migrants and refugees have embarked on perilous journeys with their children in search of protection and dignity and away from violence and hunger”.

“When they finally believe they have arrived in safety, they may find themselves separated from their loved ones and locked in undignified conditions”, she continued, saying “this should never happen anywhere.”

UN human rights offices in Mexico and Central America have documented numerous violations and abuses against migrants and refugees in transit, including the excessive use of force, family separation, denial of services and arbitrary expulsions.

The High Commissioner said she recognized the “complexity of the situation and the challenges faced by States of origin, transit and destination”, calling on them to work together to address the root causes which force migrants to leave their homes. She said crosscutting policies needed to be put in place that consider the complex drivers of migration. These include insecurity, sexual and gender-based violence, discrimination and crippling poverty.

Ms. Bachelet also paid tribute to individuals and civil society organizations that have been supporting the basic rights of migrants, such as to water, food, health and shelter.

“The provision of lifesaving assistance is a human rights imperative that must be respected at all times and for all people in need” she said. “It is inconceivable that those who seek to provide such support would risk facing criminal charges”.