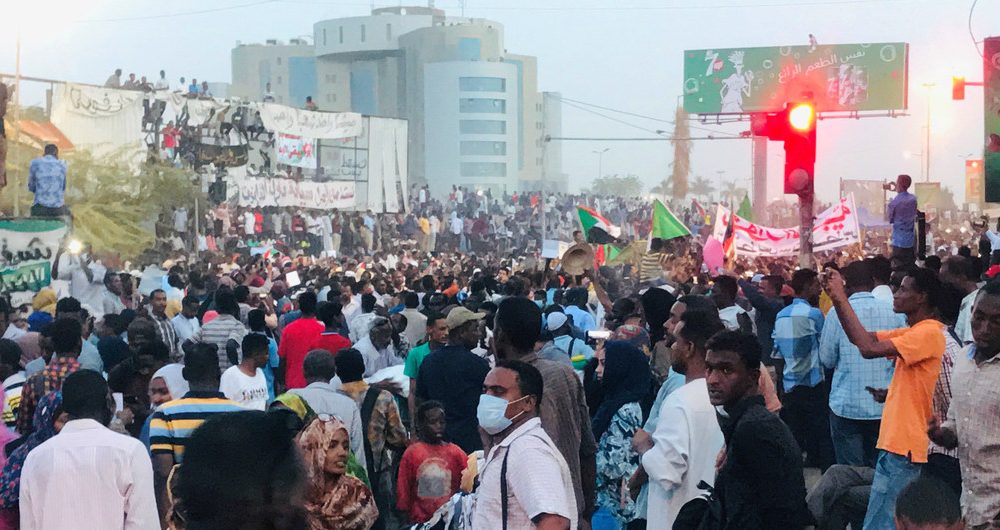 “It is essential there are prompt, transparent and independent investigations into how all these people lost their lives, as well as into the causes of such a large number of injuries,” said the High Commissioner.

Ms. Bachelet also urged the authorities to respect people’s right to protest peacefully and, as desired by much of the population and the African Union (AU), which is trying to broker a deal, to ensure a swift transition to a civilian government.

Despite the Transitional Military Council’s (TMC) total shutdown of the internet on 10 June, the scale and breadth of Sunday’s protests appear to have been unprecedented in recent Sudanese history, according to the UN rights office, OHCHR.

Ms. Bachelet said her office had received numerous allegations that excessive force had been used by security forces against protestors.  She recounted that a senior Health Ministry official had reportedly pinned the blame on protesters for the deaths of seven people, and injuries to 181 others, during Sunday’s demonstrations.

The SPA-affiliated Sudanese Doctors Central Committee also reported that live bullets were allegedly fired by the paramilitary Rapid Support Forces (RSF) and other security forces in Omdurman and Atbara.

And on Monday morning, the tortured bodies of three local activists were found in Khor Abu Anga in Omdurman, ratcheting up the death toll to at least ten since the start of Sunday’s massive protests.

Ms. Bachelet said she was especially disturbed by reports of hospital attacks, including that joint RSF, security and police forces had chased protestors inside of the Gadaref city hospital, firing live ammunition and tear gas.

OHCHR said allegations had been made that police and RSF – which consists of many former Janjaweed fighters from Darfur – had raided the Al-Tabib hospital in Khartoum and pursued protestors into the military hospital in Omdurman, firing tear gas and live bullets – shooting dead a medical employee.

“The RSF were alleged to have been heavily implicated in the mass violations in early June,” said Ms. Bachelet. “The fact that no serious action has been taken to investigate what happened then, and further in the past, simply feeds the belief that members of the RSF and other security forces have carte blanche to do what they want to protestors and other people”.

The UN rights chief noted that earlier calls for investigations into the killings, attacks on medical facilities and thousands of reported rapes and sexual assaults that took place since 3 June had gone unheeded and that her 7 June offer to deploy a UN human rights monitoring team to examine allegations of human rights violations had gone unanswered.

“This is a completely unacceptable situation and the Transitional Military Council has an obligation to ensure that members of the security forces are held accountable for any crimes they commit”, she underscored.

She acknowledged the TMC’s 27 June offer to release prisoners of war as a welcome gesture but regretted that the 30 June handover deadline had not been met.

“This recipe of restrictions, unmet promises, and bouts of unbridled violence which are neither investigated nor punished is stoking massive resentment – as Sunday’s protests showed all too clearly,” Ms. Bachelet said. “If things continue like this, it will be a recipe for disaster.”

The UN human rights chief said the authorities must issue clear instructions to all security forces not to use force against peaceful protestors, noting that firearms are prohibited, unless there is imminent risk of life or serious injury.