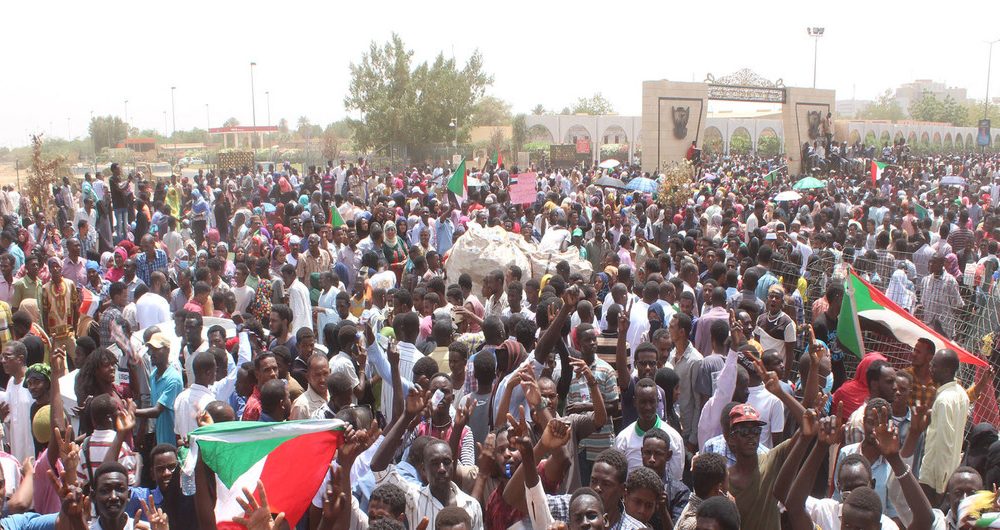 Following recent reports of attacks and rape by security forces and paramilitaries against the pro-democracy protesters in Sudan who have been holding a sit-in outside army headquarters in the capital, Khartoum, the United Nations Special Representative on Sexual Violence in Conflict, Pramila Patten, expressed “grave concern” on Thursday and called for an “immediate and complete” end to the violence.

According to her Office, despite restrictions on communications in Sudan, reports of serious human rights violations have emerged since the beginning of the month.

These include reported rapes and gang rapes of protesters, women’s human rights defenders and women medical personnel working in hospitals near the sit-in perpetrated by the “Rapid Support Forces” or RSF – a paramilitary group run by the Sudanese Government, primarily composed of the Janjaweed, a party to the Darfur conflict – and other militias.

“I demand the immediate and complete cessation of all violence against civilians including sexual violence,” stated Special Representative Patten, noting that the RSF have consistently been listed in the UN Secretary-General’s annual report on conflict-related sexual violence.

“[They] should take effective measures to prevent and punish sexual violence in accordance with relevant Security Council resolutions, including resolution 2467,” she added.

On 3 June, security forces and paramilitaries fired on pro-democracy protesters holding a sit-in outside army headquarters in the capital Khartoum, leaving a number of people dead and many more injured. Three days later, the African Union suspended the participation of Sudan in all its activities until the effective establishment of a civilian-led transitional authority.

Pending verification of the alleged incidents by relevant UN bodies, Ms. Patten highlighted the fact that “the weakness of the rule of law and a general climate of impunity” is further compounding a highly-volatile context.

“I urge the prompt investigation of all credible allegations of sexual violence and accountability for those responsible,” said the Special Representative, adding that she strongly supports the rapid deployment of a United Nations human rights monitoring team to examine the situation on the ground.

She also called upon the international community, including members of the UN Security Council, to use “all possible diplomatic channels with leaders of Sudan to pave the way for a swift transition to a civilian administration and an end to all forms of violence and intimidation against civilians”.

On Tuesday, the UN Children’s Fund (UNICEF), sounded the alarm over the killing and injuring of dozens of minors in the protests backlash.