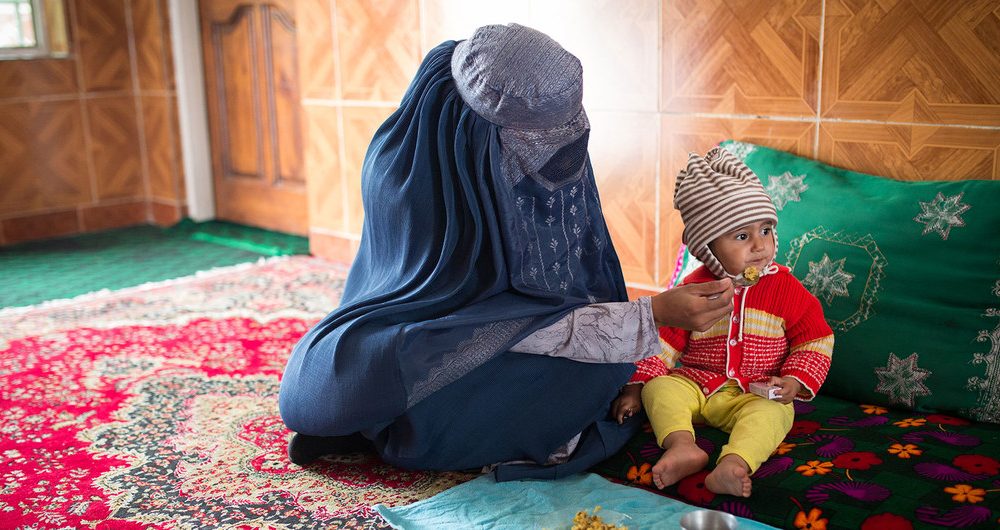 In Afghanistan, children suffering from the most serious form of malnutrition may die, unless $7 million in funding is found within weeks, UNICEF said on Friday.

Speaking in Geneva, UN Children’s Fund spokesperson Christophe Boulierac, likened the humanitarian situation in the war-torn country to “one of the worst disasters on earth”.

And he warned that increased violence and last year’s severe drought have left hundreds of thousands of under-fives, critically vulnerable across the country.

While Afghanistan’s nutrition crisis is mirrored in many other trouble-spots around the world – from South Sudan to Yemen and the Democratic Republic of the Congo (DRC) – the UNICEF Spokesperson underlined the dangers, if funding is not found soon.

“We are the sole provider of treatment for severe acute malnutrition,” Mr. Boulierac said, noting that the number of youngsters suffering from the condition had remained “stagnant” for years. “If we don’t have money to buy this treatment, the severely acute malnourished will not get it.”

The development comes amid ongoing insecurity linked to four decades of conflict in Afghanistan, where UNICEF distributes supplies to health facilities across all 34 provinces.

According to the agency, 3.8 million children need protection and assistance this year, while nearly 289,000 people were displaced by violence in 2018. In addition, one in three children has experienced psychological distress, linked to the “constant risk” of death or injury, UNICEF believes.

Existing funding shortages have meant that fewer than one in two of the most vulnerable children received life-saving help in UN-supported health clinics across Afghanistan in 2018.

“This year in 2019, we would like to reach 60 per cent (of children) – not even 100 per cent – but we cannot,” Mr. Boulierac explained, “and it is extremely worrying. If we do not get $7 million dollars in three weeks, 1,300 facilities all over the country will not get this treatment.”

To meet Afghanistan’s essential nutrition requirements in 2019, UNICEF needs $26 million, but it has so far only received half of this amount.

“We cannot tell you how many children will die; but we can tell you that a child with severe acute malnutrition is 11 times more likely to die than their healthy peers,” he explained, noting that malnutrition reduces people’s resistance to disease.

This is a particular concern in Afghanistan, where only one in two children has been vaccinated, the UNICEF spokesperson added.