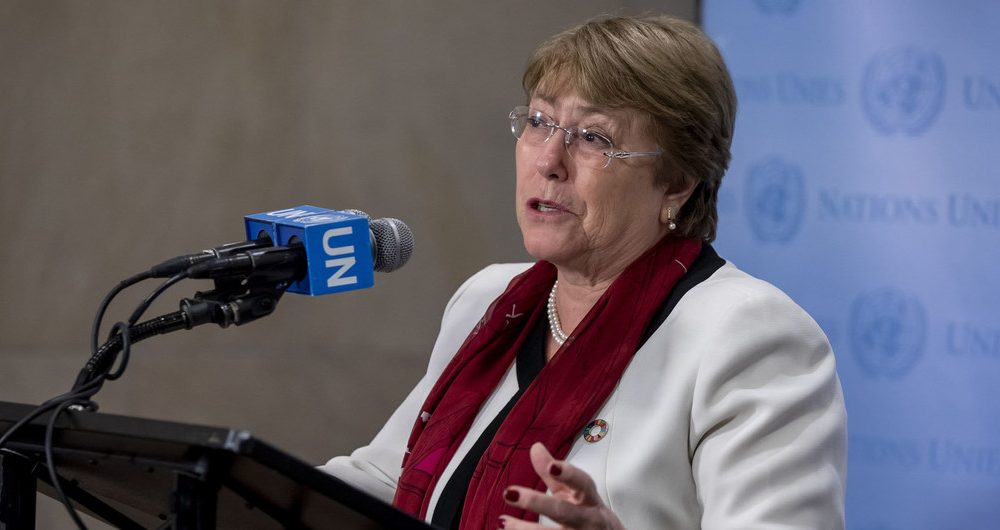 Despite repeated appeals by the United Nations human rights system, Saudi Arabia’s decision to go ahead with the beheading of 37 men, drew strong condemnation on Wednesday from UN High Commissioner for Human Rights, Michelle Bachelet.

“I strongly condemn these shocking mass executions across six cities in Saudi Arabia yesterday in spite of grave concerns raised about these cases by numerous UN Special Rapporteurs, the UN Committee on the Rights of the Child and others,” she said in a statement.

Amid allegations that confessions were obtained through torture, she voiced concern over a lack of due process and fair trial guarantees, and said it was “particularly abhorrent” that at the time of their sentencing, at least three of those executed were minors found guilty of taking part in protests against the Saudi authorities.

“I urge the Government of Saudi Arabia to immediately launch a review of its counter-terrorism legislation and amend the law to expressly prohibit the imposition of the death penalty against minors”, underscored Ms. Bachelet.

According to news reports quoting the Saudi State-run news agency, the 37 had been charged with adopting “extremist, terrorist ideology” and forming terrorist cells “to corrupt and disturb security, spread chaos and cause sectarian discord.” They were reportedly accused of “cooperating with hostile parties in a way that damaged the high interests of the homeland.”

Most of the men belonged to the Shi’a Muslim minority and one of their bodies was subsequently put on public display. In several of the cases, various UN human rights experts had raised serious concerns over their treatment, with the authorities.

Beginning in 2013, 11 of the executed had reportedly been arrested for spying for Iran, some of whose lawyers boycotted the proceedings because they had been denied access to their clients and case files. Others were detained for anti-Government protests.

Ms. Bachelet also expressed deep concern for the fate of those who remain on death row, including Ali al-Nimr, Dawood al-Marhoon and Abdulla al-Zaher, whose cases have also been taken up by the UN human rights system.

“I appeal to the authorities to halt the pending executions and to engage constructively with the UN Human Rights Office and independent experts on the many concerns related to the imposition of the death penalty in the country,” she stated.

The High Commissioner reminded Saudi Arabia of its obligations to respect international human rights law, particularly as a State party to the Convention on the Rights of the Child and the Convention against Torture.