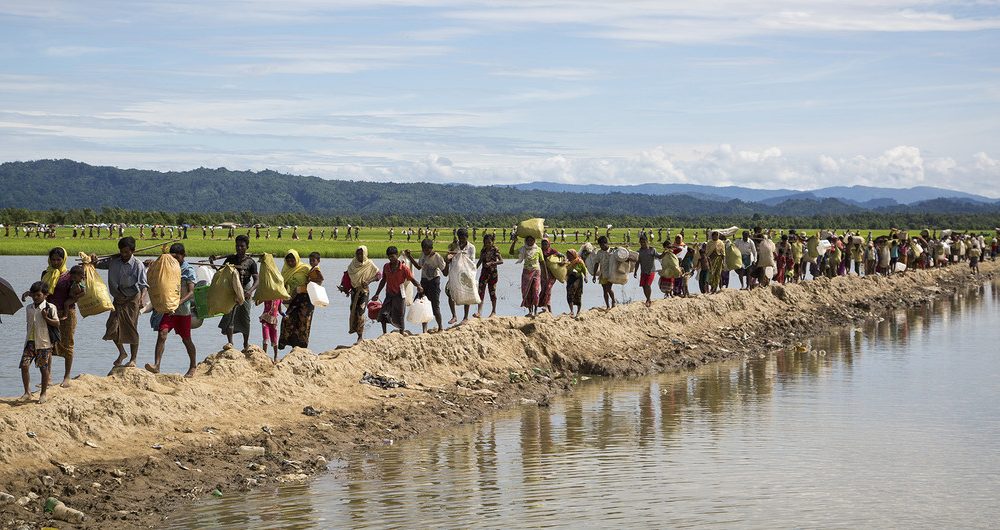 A humanitarian crisis fuelled by the suppression of basic human rights is continuing across Myanmar’s Rakhine state, a UN Human Rights Council-appointed expert said on Monday, in an appeal for alleged atrocities there to be referred to the International Criminal Court (ICC).

Presenting her latest report to the 47-Member body in Geneva, Yanghee Lee, Special Rapporteur on the situation of human rights in Myanmar, highlighted several areas of concern across the country, including grave abuses linked to the mass exodus of some 700,000 Rohingya Muslims from Rakhine in August 2017, which was sparked by separatist violence against police posts.

A separate Council-appointed probe last year called for the prosecution of top Myanmar military commanders for genocide, crimes against humanity and war crimes.

In reply, Myanmar’s Kyaw Moe Tun, Permanent Representative of the Republic to the UN in Geneva, rejected the Special Rapporteur’s update.

Among her findings, Ms. Lee noted that just last week she had received a report that 24 Rohingya houses in the town of Buthidaung in Rakhine, had been burned down, which officials explained afterwards by saying that the owners had torched the properties themselves.

Under the terms of a 2018 UN led agreement between Myanmar and Bangladesh – which hosts more than a million Rohingyas in exile – Myanmar has agreed to create conditions conducive to the voluntary, safe, dignified and sustainable repatriation of Rohingya refugees.

Today, the conditions of this Memorandum of Understanding have not been met, the Special Rapporteur said.

The deal “expires in a few months”, she added, insisting that there was “nothing to indicate that conditions have improved for the Rohingya who remain in Myanmar”.

Staying with Rakhine state, the Special Rapporteur maintained that clashes between the separatist Arakan Army and the Myanmar military had forced 10,000 people to flee since November.

“Allegations exist of fighters dressing as civilians and using civilian vehicles, landmine use, forced recruitment and forced portering, and arrest and detention of civilians suspected of being associates or sympathisers of the Arakan Army,” Ms. Lee said. “It does not appear that the situation will improve in the immediate future.”

Given the gravity of the situation, she appealed for the UN Security Council to take the international lead on the matter.

“I still firmly believe that the situation in Myanmar must be referred to the ICC by the Security Council…Victims must not be forced to wait in the purgatory of international inaction,” she said.

Allegations of misuse of Myanmar’s natural riches constituted one of the biggest areas of the Special Rapporteur’s investigations, particularly in the gemstones and timber sectors.

“Revenues from natural resource extraction needed for vital services and development being diverted to the military and its allies undermines the civilian Government, democratic reforms, the peace process, sustainable development and the realisation of rights,” the Special Rapporteur explained.

For the first time, the Council heard testimonies from two Rohingya refugees, Hamida Khatun from Shanti Mohila and Muhub Ullah from the Arakan Rohingya Society for Peace and Human Rights.

“In August 2017, I fled Burma to Bangladesh when my village was attacked,” Mrs Khatun said. “My Rohingya brothers and sisters were killed, my husband and mother were killed. I’m the only Rohingya woman who could leave Bangladesh to tell you what happened to hundreds of thousands of us.”

In her comments, delivered by Lawyers’ Rights Watch Canada, Mrs Khatun added that she had “three requests for the international community: first, justice including compensation; second, to return home in safety and security including citizenship; and third, access to education.”

Myanmar told the Council that the Government had sought sustainable peace and national reconciliation, while the issue in Rakhine state was vast and complex.

“We share the concern over the plight of all affected communities due to the violence triggered by provocative, coordinated attacks of ARSA terrorists against multiple security outposts in October 2016 and August 2017,” said Ambassador Kyaw Moe Tun.

“I would like to reiterate Myanmar’s readiness to receive the verified returnees in a voluntary safe and dignified manner in accordance with the bilateral agreements with Bangladesh.”

In response to Ms. Lee’s appeal for an international tribunal to investigate alleged abuses, Mr. Kyaw insisted that his country “will not accept any call for referring the situation in Myanmar to the ICC. The Government of Myanmar established an Independent Commission of Enquiry in July last year. The Commission will investigate…as part of Myanmar’s effort to the address the issue of accountability,” he said adding that the Government “is willing and able to address the accountability issue.”