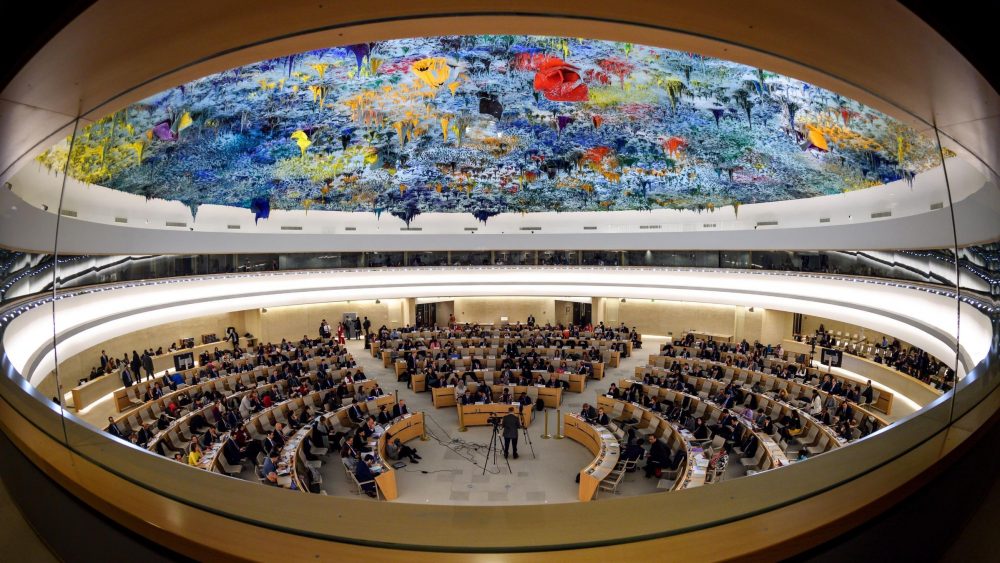 People’s rights are under fire “in many parts of the globe,” UN Secretary-General António Guterres told the Human Rights Council on Monday, before insisting that he was not “losing hope”, thanks to the progress made by powerful grassroots movements for social justice.

Addressing the Geneva-based forum on the opening day of its 40th session, Mr. Guterres underlined the Council’s key role as the “epicentre” for dialogue and cooperation on all human rights issues: civil, political, economic, social and cultural.

Beyond its doors, other key voices were also demanding their rights and making their voices heard, he said, particularly “youth, indigenous people, migrants and refugees”.

Despite this, the UN chief insisted that ongoing gender inequality remains a major modern-day challenge: “Untold women and girls still face insecurity, violence and other violations of their rights every day,” he insisted, while glass ceilings “abound”.

“It will take two centuries to close the gap in economic empowerment,” he continued. “I do not accept a world that tells my granddaughters that economic equality can wait for their granddaughter’s granddaughters. I know you agree. Our world cannot wait.”

In his 15-minute address, Mr. Guterres touched on his own experience living under the dictatorship of António Salazar, the authoritarian ruler of Portugal who oppressed both his fellow citizens at home and the people of the then-Portuguese colonies in Africa.

“It was the human rights struggles and successes of others around the world that moved us to believe in change and to make that change happen,” Mr. Guterres said of Portugal’s struggle to rid itself of the Salazar regime. “Human rights inspire and drive progress. And that truth is the animating spirit of this Council. It is the DNA of our Organization’s founding Charter. And it is vital to addressing the ills of our world.”

The Secretary-General’s concern about conflict and instability around the globe was echoed by the President of the UN General Assembly, María Fernanda Espinosa, in her address.

“Political crises, wars, transnational organized crime, social exclusion and lack of access to justice, constitute clear threats that demand adequate answers from this Council and from the entire international system for the protection of human rights,” she said.

In common with the UN chief, Ms. Espinosa expressed concern about the widening gap between the planet’s haves and have-nots.

“Perhaps one of the most sensitive challenges for the human rights agenda is inequality,” she said. “The concentration of wealth has increased to such an extent that, in 2018, 26 individuals had more money than the 3,800 million poorest people on the planet.”

Climate change a priority that States ignore at their peril: Bachelet

In her address to the Council, Michelle Bachelet, High Commissioner for Human Rights, highlighted the dangers of ignoring climate change.

“How can any State’s interests be advanced by policies that damage the well-being of all humans?” she said. “This is true of climate change; you may know the saying, ‘If you think economic interests are more important than environment, try counting your money while holding your breath.’”

The 16-year-old who had grabbed the attention of the world’s media, recently travelled to the Davos World Economic Forum (WEF) in Switzerland where she called for the world’s decision makers to take swifter action to limit carbon dioxide emissions and reduce global temperature rise to 2°C above pre-industrial levels.

“In recent weeks I have watched children marching for sound climate change policies and other measures,” the High Commissioner said. “As a parent, a grandparent and quite simply as a human being, they inspire in me a fierce determination to continue our struggle to uphold their rights.”

In addition to improving women’s rights, the UN Secretary-General expressed alarm about the “shrinking civil space in every region of the globe”; and a rise in harassment, attacks and inflammatory rhetoric.

“Hate speech is a menace to democratic values, social stability and peace,” Mr. Guterres said. “It spreads like wildfire through social media, the internet and conspiracy theories. It is abetted by public discourses that stigmatizes women, minorities, migrants and refugees and any so-called ‘other’. Indeed, hate is moving into the mainstream, in liberal democracies and authoritarian States alike.”

To tackle this, the UN chief announced the creation of a fast-track strategy to scale up the organization’s response to hate speech and present a global plan of action, headed by his Special Adviser for the Prevention of Genocide, Adama Dieng.

This kind of initiative was necessary in light of the political capital earned at the expense of migrants and refugees, who some leaders had blamed for a rise in crime and terrorism, the Secretary-General insisted.

“We must re-establish the integrity of the international refugee protection regime and continue to work for common values and international cooperation to reassert rights and help protect people from ruthless traffickers, smugglers and other predators,” he said.

The current session of the Human Rights Council continues until 22 March.