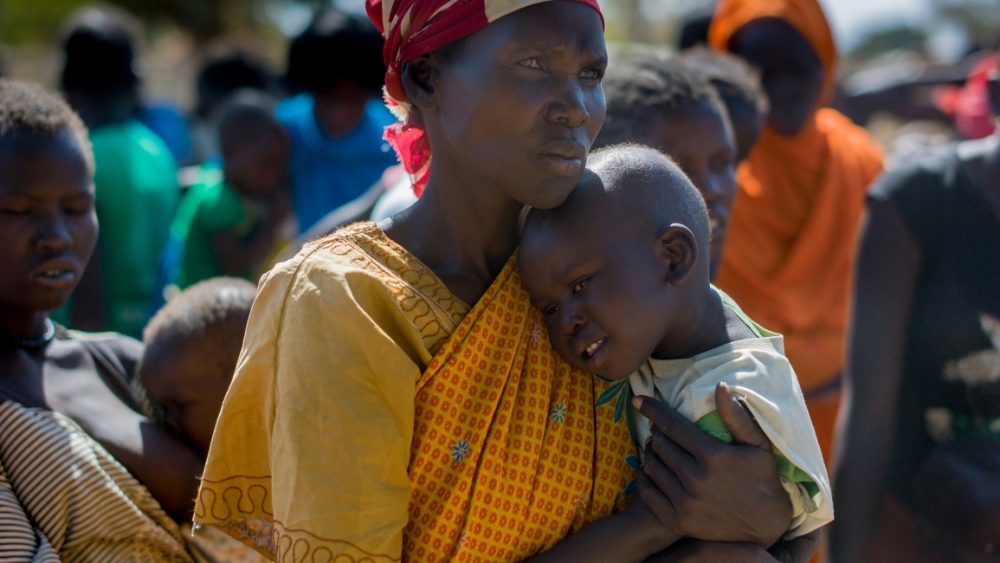 New UN report: link between conflict and hunger worldwide, ‘all too persistent and deadly’

Conflict-driven hunger is getting worse, according to a snapshot of the eight places in the world with the highest number of people in need of emergency food support, and the link between them is “all too persistent and deadly” according to a new report delivered to the UN Security Council on Monday.

The new report released by the Food and Agriculture Organization (FAO) and the World Food Programme (WFP) follows on from a landmark Council resolution on preventing hunger in conflict zones, adopted in May.

The situation in Afghanistan, the Central African Republic, the Democratic Republic of the Congo, South Sudan and Yemen worsened in the latter part of 2018 largely because of conflict, although Somalia, Syria and the Lake Chad Basin, saw some improvements in line with improved security. In total, around 56 million people are in need of urgent food and livelihood assistance across the eight theatres of war.

“This report clearly demonstrates the impact of armed violence on the lives and livelihoods of millions of men, women, boys and girls caught up in conflict,” wrote FAO Director-General José Graziano da Silva states in the report’s foreword.

“I would strongly encourage you to keep in mind that behind these seemingly dry statistics are real people experiencing rates of hunger that are simply unacceptable in the 21st century,” he continued.

Violence against humanitarian workers is also on the rise, sometimes forcing organizations to suspend their life-saving operations, leaving those at risk, even more vulnerable. Every single country covered in the report, saw attacks carried out on aid workers and facilities last year.

“This report shows again the tragic link between conflict and hunger and how it still pervades far too much of the world. We need better and quicker access in all conflict zones, so we can get to more of the civilians who need our help. But what the world needs most of all is an end to the wars,” wrote WFP chief David Beasley in the foreword.

The Security Council’s Resolution 2417 condemns unequivocally, starvation as a tool of war. It calls on all parties to armed conflict to comply with their obligations under International Humanitarian Law to minimize the impact of military actions on civilians, including on food production and distribution, and to allow humanitarian access in a safe and timely manner to civilians needing lifesaving food, nutritional and medical assistance.

“The millions of men, women and children going hungry as a result of armed conflict will not be reduced unless and until these fundamental principles are followed”, states the joint UN agency report.

Here’s the outlook for some of the countries in the spotlight:

* Yemen’s three-year war is a stark demonstration of the urgent need for a cessation of hostilities to address the world’s largest food security emergency.  In its country analysis, the report states that conflicting parties disregarded the protected status of humanitarian facilities and personnel.

* The Democratic Republic of the Congo had the second highest number (13 million) of acutely food insecure people, driven by a rise in armed conflict, during the second half of 2018.

* In South Sudan, after more than five years of war, the lean season is expected to start earlier than normal, according to the report, pushing those in need of urgent support up to more than 5 million between January and March, 2019.

* In the Lake Chad basin including north-eastern Nigeria, Chad’s Lac region and Niger’s Diffa, where extremist groups are highly active, a major deterioration in food security is projected during this year’s lean season beginning in June, and three million people are expected to face acute food insecurity.

* In Afghanistan, the percentage of rural Afghans facing acute food deficits is projected to reach 47 percent (or 10.6 million people) by March if urgent life-saving assistance is not provided.

* In the Central African Republic, armed conflict remained the main driver of hunger in 2018, with 1.9 million people experiencing a severe lack of food.