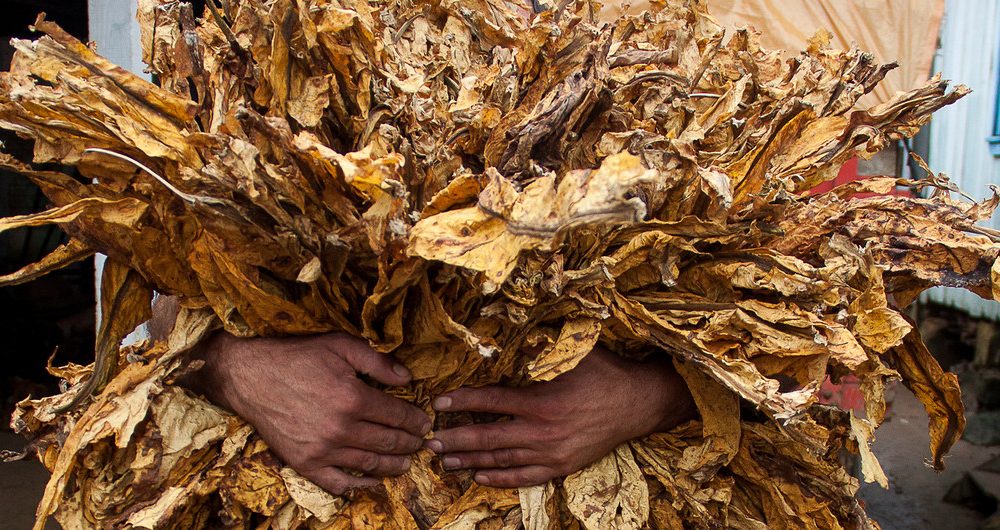 From deforestation to soil degradation and pollution, tobacco production and its use by consumers, is “tremendously destructive” for the environment, although control measures can help curb its negative environmental effects, including the damaging impact of climate change, the head of the UN tobacco control treaty watchdog – formally known as the Secretariat of the WHO FCTC – has told UN News.

The World Health Organization Framework Convention on Tobacco Control (WHO FCTC), which is celebrating the 15th anniversary of it being adopted this year – is a global health treaty that advocates for the control of tobacco production, sale and use, as a way of reducing tobacco-related illnesses, deaths, environmental degradation and poverty across the world.

“People often immediately think of the health impact that tobacco has, but there is not enough awareness of how tremendously destructive it is for the environment too, on land, under water and in the air,” said Dr. Vera Luiza da Costa e Silva, the Head of the WHO FCTC Secretariat.

According to a report by the Secretariat and the UN Development Programme (UNDP), the noxious effects of tobacco on the environment begin with the pre-production process, as a particularly high amount of deforestation occurs not only to create space for tobacco farming, but also because a lot of timber is required for the drying process of tobacco leaves after they are harvested. Estimates show that tobacco farming causes up to five per cent of global deforestation, with 200,000 hectares of natural wood biomass loss each year.

“Studies indicate that tobacco growing could be up to 10 times more aggressive than all other deforestation factors,” Dr. da Costa e Silva noted.

In addition, the report states that tobacco crop production leads to accelerated soil degradation, as it strips the earth of nutrients such as nitrogen, phosphorus and potassium faster and more extensively, than other major food and cash crops.

“Importantly, tobacco production and use are major sources of pollution,” stressed the FCTC Secretariat chief.

The joint Secretariat-UNDP report notes that cigarette butts have become the most discarded waste item worldwide, with some 4.5 trillion thrown away each year, representing 1.69 billion pounds of toxic trash annually. Various studies indicate that this was compounded and accelerated as bans on indoor smoking took effect in many of the world’s cities and countries over the past two decades.

However, environmental pollution from tobacco starts well before cigarettes are discarded, during the production phase, as tobacco crops require large amounts of chemical fertilizers, pesticides and growth regulators that pollute the ground, nearby waterways and aquifers. The process presents serious health hazards for farmers and their families.

“Among the pesticides used to grow tobacco are some highly toxic products that affect animals and humans alike, many of which are banned or being phased out in several countries,” explained Dr. da Costa e Silva, who added that the manufacturing of cigarettes also contributes to high greenhouse emissions responsible for global climate change.

In line with Article 17 and 18 of the Convention on Provision of Viable Alternative Activities and Protection of the Environment, the Secretariat of the WHO FCTC is calling on governments to better regulate tobacco agriculture and to work on helping tobacco farmers worldwide, switch to environmentally-friendly alternative crop production. This is being encouraged through the use of incentives such as access to credit, and by providing training on environmentally-friendly practices, among other measures.

The UN tobacco control watchdog also recommends that Parties to the treaty urgently adopt regulations that make the industry responsible for the impact that it has on the planet.

“Tobacco giants have been lobbying worldwide for policies that exonerate them from any environmental responsibility,” said Dr. da Costa e Silva. “But ultimately, tobacco producers should be responsible for liability, economic costs and provision of information on the environmental impacts of their activities,” she added, explaining that “governments need to understand that tobacco control is a major component of any effective and holistic environmental protection effort they want to undertake”.

In October, a High-Level Segment on Tobacco Control and Global Climate Action will take place in the Swiss city of Geneva, as part of the eighth session of the  Conference of the Parties (COP8) to the WHO FCTC, to discuss the effect of tobacco cultivation, production and consumption on the environment and the contribution of Article 18 of the WHO FCTC implementation, to the 2030 Agenda for Sustainable Development, and the 17 global goals, or SDGs.