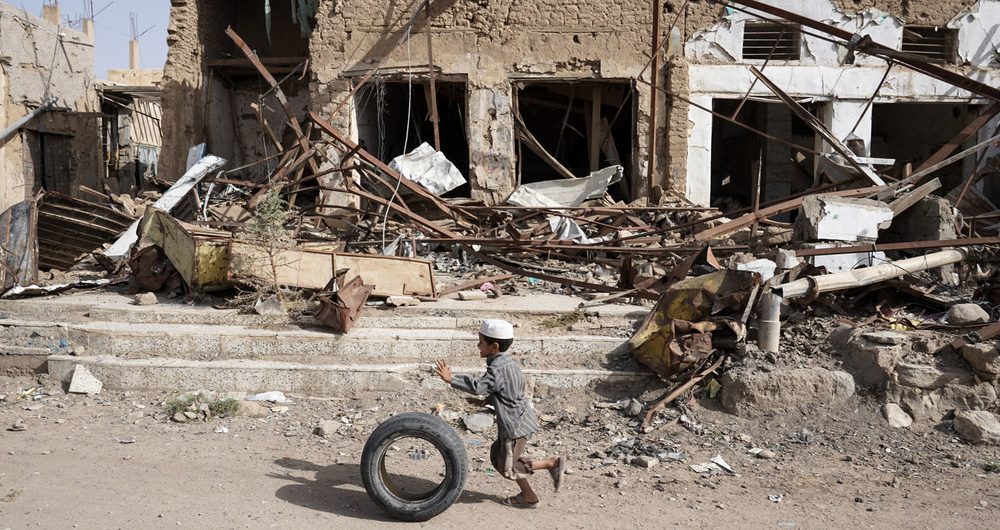 An air strike on a busy market area in Yemen that reportedly killed scores of people including more than 20 children on a bus, is likely the worst attack on youngsters in the conflict so far, and the latest in a recent spate of violence targeting civilians, UN agencies said on Friday.

According to the UN Human Rights Office, OHCHR, and UN Children’s Fund, UNICEF, at least 21 boys – most of them under the age of 15 – died when their bus was hit on Thursday in Dahyan market in Saada, in the north of the country.

More than 30 boys were also injured in the aerial bombardment, which was carried out by a Saudi-led international coalition that has backed Yemen President Abd Rabbu Mansour Hadi against Houthi opposition forces for more than three years.

The UN Special Envoy for Yemen, Martin Griffiths, said that he was “deeply shocked by the appalling tragedy that claimed so many innocent lives”. The UN official has invited the warring parties to Geneva on 6 September in a bid to reach a political solution to the conflict – the first such discussions since 2016.

“This should urge us all to exert more efforts to end the conflict through an inclusive intra-Yemeni dialogue,” he added, stressing that he hoped all of those involved in the fighting across the country will “engage constructively in the political process, including consultations scheduled in Geneva in September.”

Briefing journalists in Geneva on Friday, UNICEF spokesperson Christophe Boulierac said that the agency believed the air strike on the school bus constituted “the single worst attack” on children since 2015. “No such number of children have been involved in one incident before,” he added. Mr. Boulierac explained that following the attack, UNICEF staff on the ground reported chaotic scenes at the hospital where victims were being treated, adding that the number of fatalities could rise.

Turning to the recent targeting of a hospital and other targets in the key Houthi-controlled port city of Hudaydah, the OHCHR spokesperson said that staff there had documented “at least” 41 civilian deaths. Among the dead were six children and four women, Ms. Throssell said, noting that mortars had struck different built-up locations in Al Hawak district.

These included the fishing port, a dock and hangar “at the time full of fishermen and street vendors”, the OHCHR spokesperson explained, adding that Al-Thawra hospital was hit shortly afterwards. In that attack, three mortars were fired, including one that landed in a busy street “full of traffic, street vendors and pedestrians”, Ms. Throssell said.

Amid ongoing conflict in one of the world’s poorest countries, UNICEF warned that the consequences for children have been particularly striking.