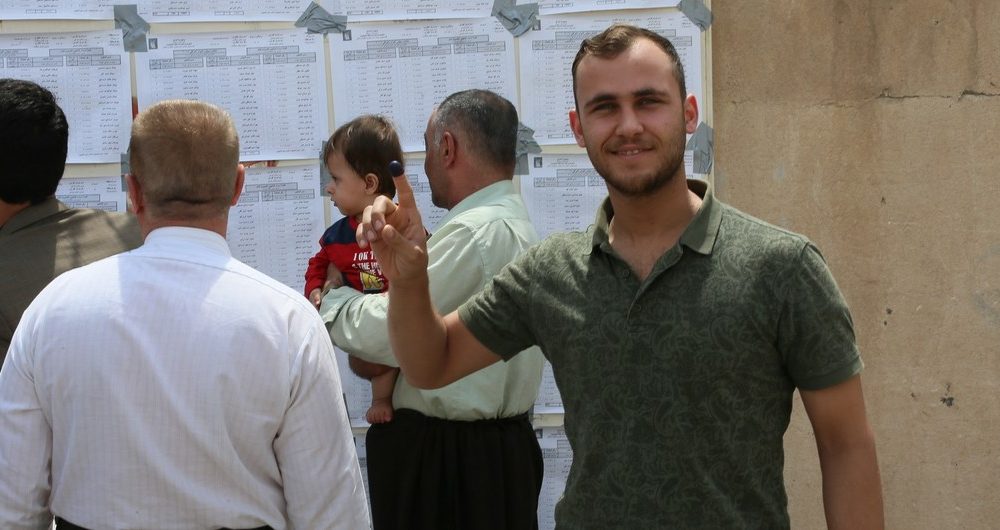 United Nations Secretary-General António Guterres has congratulated the people of Iraq on the holding yesterday of the first national parliamentary elections since the country declared victory over Islamic State of Iraq and the Levant (ISIL/Dae’sh) terrorists late last year.

“Following the military defeat of Dae’sh, the elections represent further progress in building a stronger Iraqi democracy,” Mr. Guterres said in a statement issued Sunday by a UN spokesperson.

According to media reports, nearly 7,000 candidates from 87 parties competed against one another in the polls. The UN provided technical assistance to Iraq’s Independent High Electoral Commission (IHEC).

The Secretary-General saluted the tireless efforts of electoral officials, party agents and the security forces in making the elections largely peaceful and orderly.

“He commends all Iraqis who took part, in particular those internally displaced persons who cast their ballots despite their difficult conditions,” said the statement.

Calling on all Iraqi political actors and their supporters to uphold peace as the results are processed, the UN chief further urged political actors to resolve any electoral disputes through established legal channels and to complete the electoral process by forming an inclusive government as soon as possible.

“The United Nations remains committed to supporting the Government and people of Iraq in this endeavor,” the statement concluded.

Ahead of the elections, Ján Kubiš, head of the UN Assistance Mission for Iraq (UNAMI), called on all Iraqis, including in the Kurdistan Region, to come together to strengthen fully sovereign, united, democratic and federal Iraq.

“Since the last elections four years ago, Iraq faced the worst assault by the terrorist Dae’sh, which has committed untold atrocities. Today, with Dae’sh’s structures defeated, and the country liberated, it is your opportunity to consolidate this historic victory that was won with the blood of the martyrs and the unity and perseverance of the people, and embark on a new beginning,” he said last Thursday.

On Saturday, Mr. Kubiš visited several polling stations in Fallujah, west of the Iraqi capital, Baghdad, describing the process very orderly and saying that he was very impressed to see the numbers of people, especially women, headed to vote.