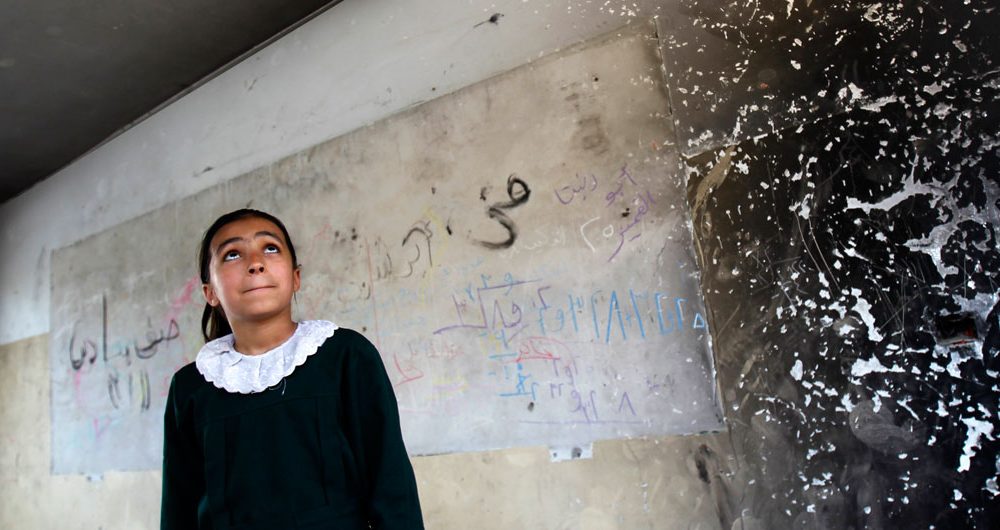 Children bear the brunt as violence escalates in Gaza – UNICEF

Highlighting the devastating impact of the humanitarian crisis and increasing violence on Gaza’s children, the United Nations Children’s Fund (UNICEF) has called on all parties with influence on the ground to prioritize their protection.

“The escalating violence in Gaza has exacerbated the suffering of children whose lives have already been unbearably difficult for several years,” Geert Cappelaere, the Regional Director for the Middle East and North Africa at UNICEF, said in a statement Friday.

Mr. Cappelaere underscored that in addition to the physical injuries, children are showing increasing signs of severe distress and trauma.

“Yesterday, our UNICEF Special Representative visited a 14-year-old boy who suffered a gunshot wound, causing a severe injury close to his heart. He is now home recovering after being in hospital for two weeks. It is hard for him to be optimistic through the pain, but when he gets better, he wants to be a doctor, like the ones who helped him survive,” he said.

According to the UN agency, over the past five weeks, five children were killed and hundreds more injured in largely peaceful protests along the border with Israel. The UN’s top human rights official, Zeid Ra’ad Al Hussein, called on Israeli Security Forces to curb the use of “lethal force against unarmed demonstrators” during the deomonstrations.

. In all, half of the region’s children depend on humanitarian assistance, and one in four needs psychosocial care.

In addition, power cuts and shortages in fuel in Gaza have disrupted water and sanitation services, with reports that nine out of 10 families do not have regular access to safe water. Medicines and health equipment are also in short supply, straining an already fragile health system.

Against this dire background, Mr. Cappelaere reiterated the call on all parties to protect children and keep them from harm.

“Children belong in schools, homes and playgrounds – they should never be targeted or encouraged to participate in violence.”