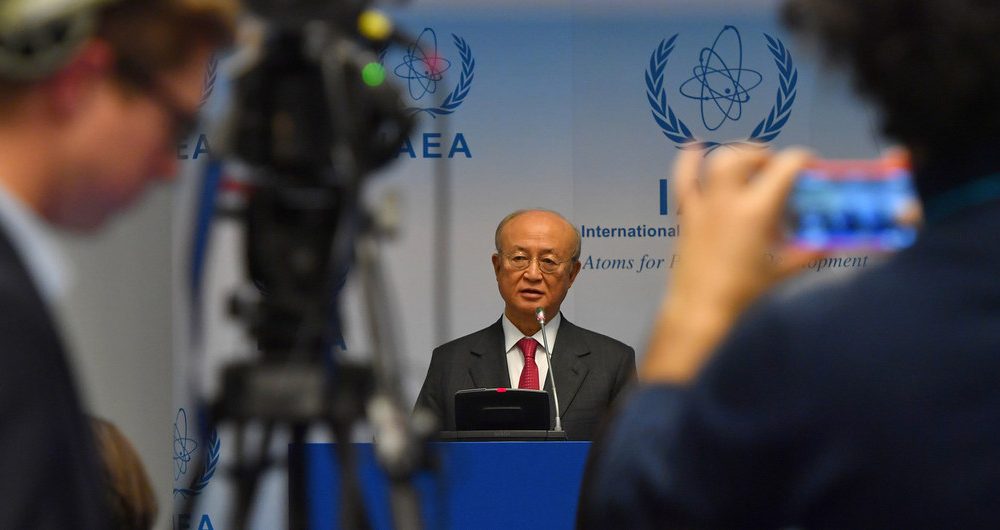 Director General of the International Atomic Energy Agency, Yukiya Amano, confirmed again on Monday that Iran has been fully committed to the nuclear deal.

The IAEA has already confirmed Iran’s commitment to the landmark international deal nine times.  ‘The Agency has been verifying and monitoring the implementation by Iran of its nuclear-related commitments under the Joint Comprehensive Plan of Action for more than two years,’ said Amano at a quarterly meeting of the agency’s Board of Governors in Vienna. ‘The JCPOA represents a significant gain for verification. As of today, I can state that Iran is implementing its nuclear-related commitments. It is essential that Iran continues to fully implement those commitments. If the JCPOA were to fail, it would be a great loss for nuclear verification and for multilateralism,’ he added. He also said that the IAEA has requested Iran ‘to provide further clarifications regarding its plans relevant to the development of the nuclear fuel cycle related to naval nuclear propulsion.’ ‘The Agency continues to verify the non-diversion of nuclear material declared by Iran under its Safeguards Agreement. We have had access to all the sites and locations which we needed to visit. Evaluations regarding the absence of undeclared nuclear material and activities in Iran continue,’ Amano stressed.