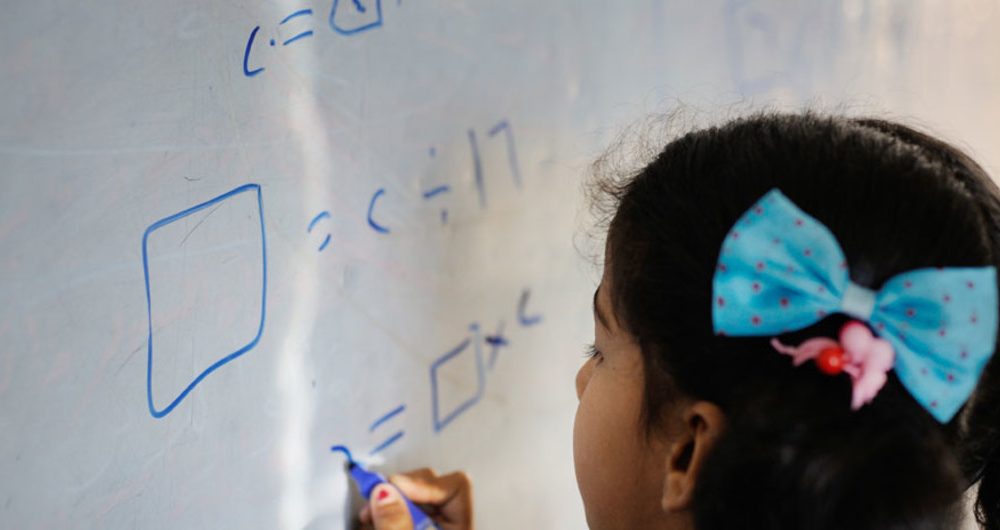 Updated data reveals that some 263 million – one-in-five – children, adolescents and youth worldwide are out school, a figure that has barely changed over the past five years, according to a new United Nations cultural agency report.

“These new figures show starkly the size of the gap that needs to be closed to ensure universal access to education,” Audrey Azoulay, Director-General of  the UN Educational, Scientific and Cultural Organization (UNESCO), said Friday.

Despite decades of efforts to get every child into the classroom, progress has come to a standstill, according to data from the UNESCO Institute for Statistics (UIS).

“We need much more comprehensive and targeted approaches together with more resources to reach those children and youth who are denied the right to education, with a special emphasis on girls and on improving the quality of education for all,” Ms. Azoulay added.

The new numbers are published as delegates gather in Paris for the fourth Sustainable Development Goal (SDG)-Education 2030 Steering Committee meeting, which provides strategic guidance on advancing the Education 2030 Agenda.

SDG4 includes a concrete commitment to ensure that every girl and boy complete a quality primary and secondary education by 2030.

“This is the greatest urgency for unlocking progress towards SDG4,” stressed Ms. Azoulay.

The UIS paper shows that the rate of progress, or the lack of it, varies by age group.

At primary level, nine per cent of children aged six to 11 years, or 63 million, are out of school.

Across sub-Saharan Africa, one-in-three children, adolescents and youth are out of school with girls more likely to be excluded. For every 100 primary age boys of out of school, 123 girls are denied the right to education.

“Access to education is only part of the picture. We also have a learning crisis, with one in six children and adolescents not reaching minimum proficiency levels in reading or mathematics; the majority of them are in school,” said  UIS Director Silvia Montoya.

The new figures reinforce calls for greater education investment globally to ensure progress towards SDG 4, including resources for data gathering and analysis to monitor the pace and equity progress.

“Education has to deliver for every child, which requires effective monitoring to ensure that all children are in school, and that they are learning what they need to know,” Ms. Montoya continued. “That is why the UIS, which is the official data source for SDG 4, is developing new indicators on equitable education and learning outcomes.”

These issues will be tabled at the fourth SDG-Education 2030 Steering Committee, the global education consultation and coordination mechanism for the 2030 Agenda, which provides strategic advice on policies, financing, monitoring and reporting and advocacy.