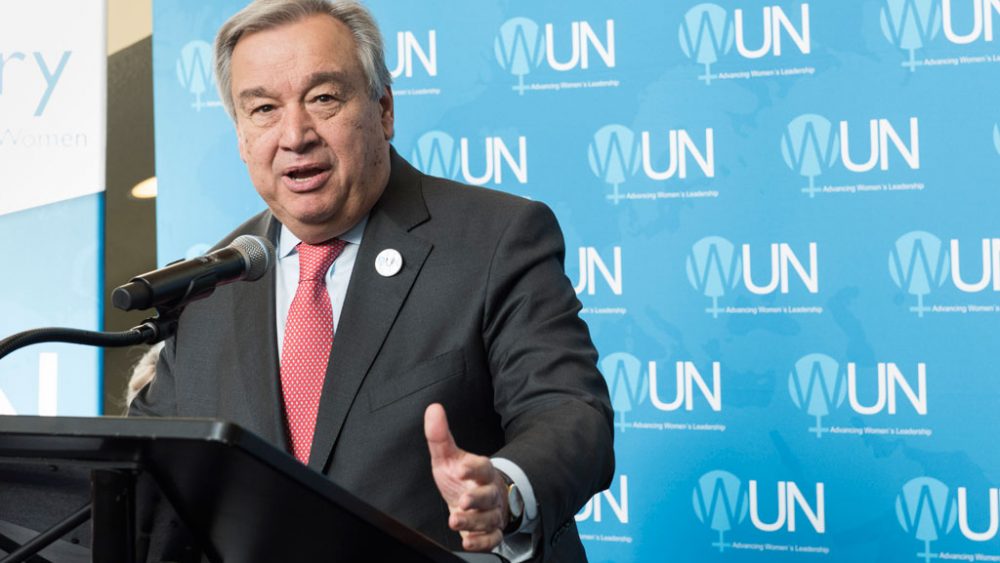 Strongly condemning two terrorist attacks in the Iraqi capital, Baghdad, United Nations Secretary-General António Guterres has underscored the Organization’s support for the country in its fight against terrorism.

In a statement attributable to his spokesperson, Secretary-General Guterres reiterated that the “UN will continue to stand by the Government and people of Iraq in their efforts to fight terrorism and rebuild their country.”

According to media reports, at least 35 individuals were killed and another 90 injured when suicide bombers detonated two explosives in a busy square in the city during the morning rush hour.

Earlier today, Jan Kubis, the Special Representative of the Secretary-General for Iraq and the head of the UN Assistance Mission in the country (UNAMI) also denounced the attack and said that despite a defeat on the battlefield, terrorist groups continue to pose a threat, in particular to ordinary citizens.

“I urge greater vigilance by the authorities and unity among the Iraqi people to thwart the aims of terrorists like Da’esh [the Islamic State of Iraq and the Levant or ISIL] who seek to derail the country’s recovery after a long conflict,” said Mr. Kubis in a tweet by UNAMI.

Both the Secretary-General and his Special Representative for Iraq expressed their sympathies to the families of the victims and wished those injured a speedy recovery to those injured.