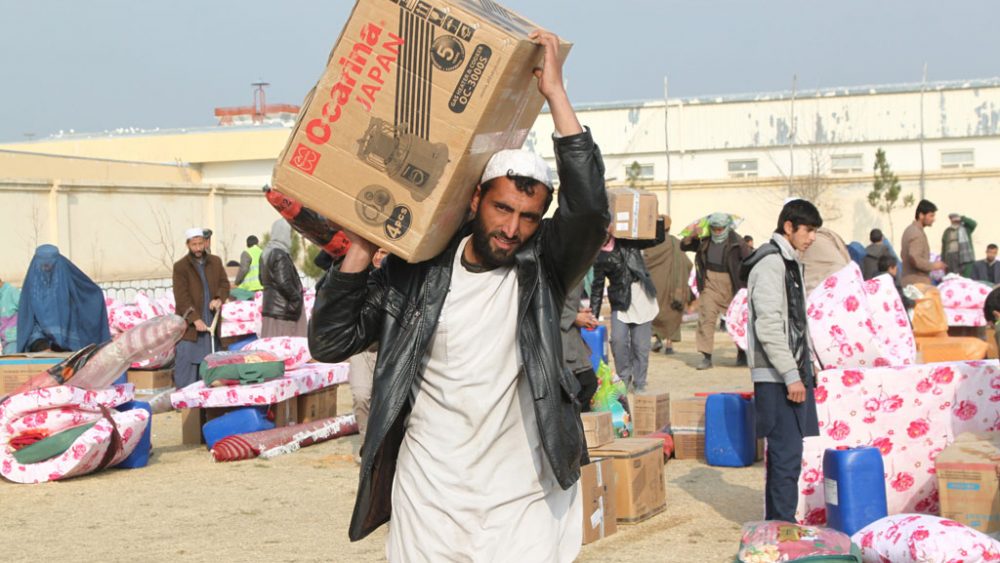 Amid continuing violence in Afghanistan, the United Nations and the humanitarian community has appealed for $430 million to provide assistance to some 2.8 million people across the country who have been affected by conflict and natural disasters as well as families returning home after years in Iran and Pakistan.

“In many parts of Afghanistan, violence continues unabated and people need support more than ever,” said Toby Lanzer, the UN Humanitarian Coordinator in Afghanistan, underlining the needs in the country.

“Today I call on international donors to stand by 2.8 million people whose lives have been ruined by conflict or natural disaster, and to help people returning to Afghanistan from neighbouring countries.”

According to a news release issued by the UN Office for Coordination of Humanitarian Affairs (OCHA), the plan includes activities of more than 150 national and international humanitarian organizations as well as the UN to deliver assistance to families and communities in need.

There are however, substantial challenges, including difficult access conditions as well as increasing violence against aid workers. Last year, armed clashes were the highest in a decade and civilian casualties remained near record levels.

In addition to more than two million people directly affected by the conflict including almost half a million displaced, 2017 also saw about 500,000 Afghans returning to their homes after seeking refuge in Iran, Pakistan or other countries.

The 2018 Humanitarian Response Plan focuses only on providing life-saving emergency assistance such as food and shelter, medical treatment and nutrition interventions for malnourished child to people caught up in current or very recent disasters.

Besides the 2.8 million people the plan is designed for, another 8.7 million people are estimated to live with high level of needs as a result of long-standing and unresolved issues such as lack of jobs and livelihoods, long-term displacement, an underfunded healthcare system or the effects of climate change.

“Humanitarian emergency assistance cannot provide a solution for such chronic needs, like land for housing or jobs and vocational training to lift them out of poverty and fragility,” read the news release, underlining the need to improve the underlying conditions.