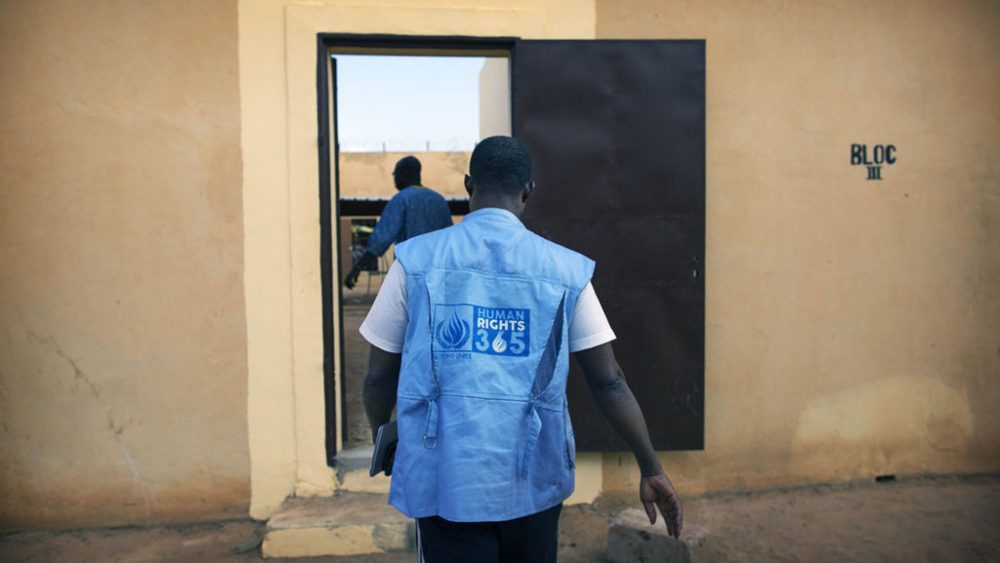 Top United Nations officials on Monday urged everyone to raise their voices and stand up for the rights of others, while celebrating the launch of a year-long campaign on the 70th anniversary of the Universal Decalration of Human Rights.

“[The Universal Declaration of Human Rights] establishes the equality and dignity of every human being. It stipulates that every government has a duty to enable all people to enjoy their inalienable rights and freedoms. And it establishes that these rights are universal,” he added.

Mr. Guterres highlighted the progress achieved by humankind since the adoption of the Universal Declaratation, including advancing and protecting the rights of women, children and victims of discrimination as well as in holding accountable perpetrators of gross human rights violations and abuses.

However, he also called for taking a stock in areas where progress has not been achieved.

“In practice, recognition of the inherent dignity and equal rights of human beings is still far from universal,” he said, noting that millions around the world continue to suffer human rights violations and abuses. “And human rights defenders still face persecution, reprisals are rising and the space for civil society action is shrinking in very many nations,” added Mr. Guterres.

Underscoring the need for all sections of the society to “speak out and take a stand” for human rights, the UN chief announced his own pledge that he will respect the rights of others regardless of who they are, and will uphold their rights even when he disagrees with them.

“When anyone’s human rights are denied, everyone’s rights are undermined, so I will stand up. I will raise my voice. I will take action. I will use my rights to stand up for your rights,” he committed.

“But [the Universal Declaration] did not create human rights. They existed before this. Not on paper – but in people. In fact, human rights are an inherent part of humanity. And they always will be,” he said, adding that while the rights can denied, they cannot be taken away – neither by law nor policy or action.

Recalling the efforts, that ultimately led to the adoption of the Universal Declaration in 1948, he called on everyone use the seminal document to inspire themselves and help protect and promote everyones’ human rights.

“Stand up taller – and speak up louder – for human rights,” he urged.

Also speaking were Wu Hongbo, the Under-Secretary-General for Economic and Social Affairs; as well as Louise Arbour and Navi Pillay, former High Commissioners of Human Rights.

The campaign, which was officially launched by UN High Commissioner for Human Rights Zeid Ra’ad Al Hussein at Palais de Chaillot in Paris on Sunday.