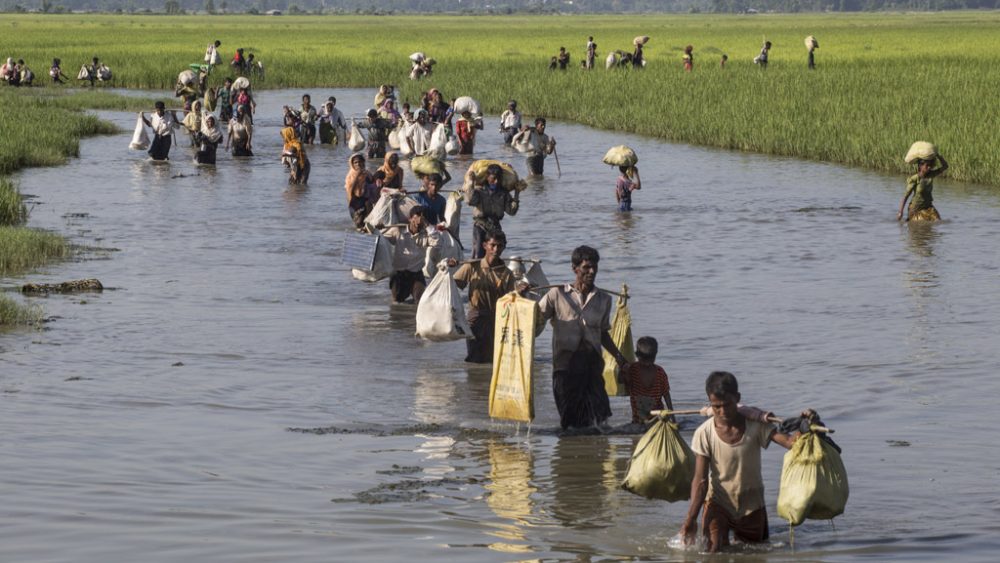 Amid reports of an agreement between the governments of Bangladesh and Myanmar on return of Rohingya refugees to Myanmar, the United Nations refugee agency has underscored that the returns must be voluntary, and take place in safe and dignified conditions.

“At present, conditions in Myanmar’s Rakhine state are not in place to enable safe and sustainable returns. Refugees are still fleeing, and many have suffered violence, rape, and deep psychological harm,” Adrian Edwards, a spokesperson for the Office of the UN High Commissioner for Refugees (UNHCR), told journalists at a regular media briefing in Geneva Friday.

“It is critical that returns do not take place precipitously or prematurely, without the informed consent of refugees or the basic elements of lasting solutions in place,” he stressed.

Over the past three months, widespread inter-communal violence in Myanmar’s northern Rakhine state resulted in some 622,000 people fleeing into neighbouring Bangladesh. Prior to this latest crisis, Bangladesh was already hosting well over 200,000 Rohingya refugees as a result of earlier displacements.

According to the UN refugee agency, some of those who fled witnessed the deaths of family and friends, and most have little or nothing to go back to with their homes and villages destroyed.

“Deep divisions between communities remain unaddressed,” added Mr. Edwards, underscoring that progress towards addressing the root causes of flight, including lack of citizenship for members of the Rohingya community, as recommended by the Rakhine Advisory Commission, will also be crucial.

At the briefing, the UNHCR spokesperson also noted that the UN agency looks forward to seeing details of the agreement between the two countries, and that it stands ready to help both governments work towards a solution for the Rohingya refugees in Bangladesh that meets international refugee and human rights standards.

“Refugees have the right to return [and] a framework that enables them to exercise this right in line with international standards, will be welcome,” he said.