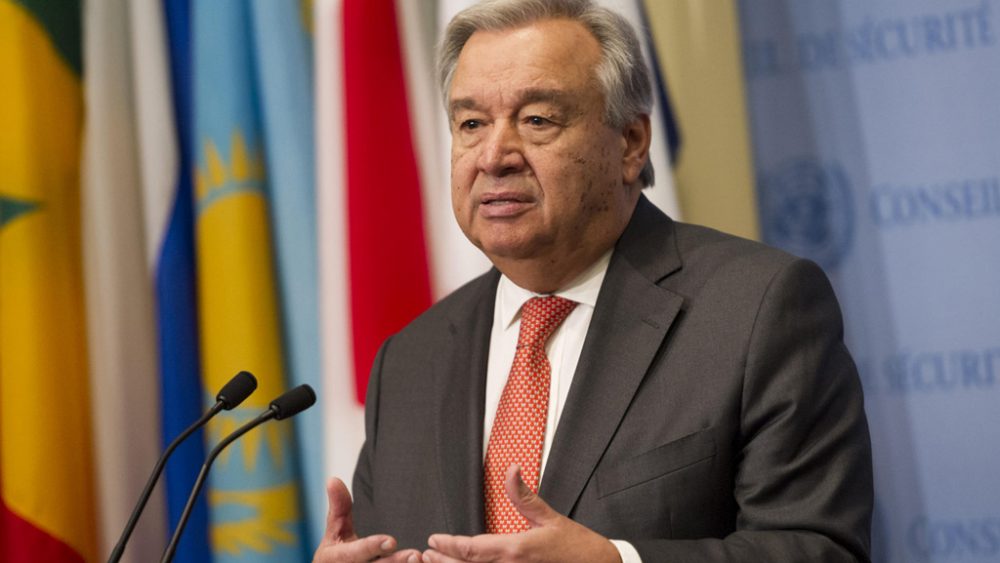 Secretary-General António Guterres and the United Nations Security Council have condemned “in the strongest terms” the attack on al-Rawdah Mosque during Friday prayers in the town of Bir al-Abed in North Sinai, Egypt, that left scores of people dead and wounded.

“The Secretary-General extends his deepest condolences to the families of the victims and to the Government and people of Egypt and wishes a swift recovery to those who have been injured,” his spokesperson, Farhan Haq, said in a statement.

“The Secretary-General calls for those responsible for today’s horrific attack to be swiftly brought to justice,” he added.

In a statement issued to the press by Ambassador Sebastiano Cardi of Italy, which holds the presidency of the Security Council for November, the 15-member body also strongly condemned the “heinous and cowardly terrorist attack” which reportedly left at least 235 people dead and over 100 injured.

Council members reaffirmed that terrorism in all its forms and manifestations constitutes one of the most serious threats to international peace and security, and underlined the need to bring perpetrators, organizers, financiers and sponsors of these “reprehensible acts of terrorism” to justice.