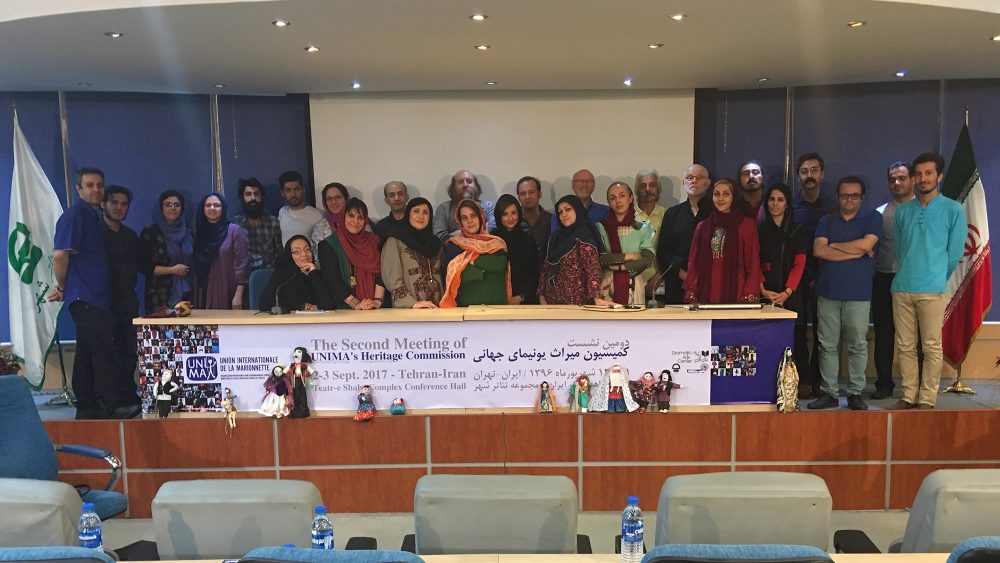 UNIMA is a non-governmental organization affiliated with UNESCO. UNIMA was entrusted by UNESCO with the assessment of the dossiers about the classification of master pieces of oral and intangible heritage of humanity concerning puppetry.

The two-day meeting was opened by welcoming remarks of Dr. Hamid Reza Ardalan, Member of UNIMA’s Executive Committee and President of the Heritage Commission of UNIMA.

The opening continued by remarks of Mahta Mohegh, Programme Assistant for Culture of UNESCO Tehran Cluster Office, who emphasized UNESCO’s role to protect, preserve and safeguard cultural heritage around the world. She mentioned that cultural heritage does not end at monuments and collections of objects. It also includes all the traditions or living expressions, inherited from our ancestors and passed on to our descendants, such as oral traditions, performing arts, social practices, rituals, festive events, knowledge and practices concerning nature and the universe, or the knowledge and skills to produce traditional crafts.

“Puppetry and the art of puppet-making are major elements of intangible cultural heritage in communities around the world. Puppet theatre for communities is not only a popular form of traditional entertainment, and often an integral part of traditional rituals and festive events, but it is also often a way of conveying a vision of the world, and an educational tool with messages on moral values”, said Ms. Mohegh.

Members of the UNIMA Heritage Committee from Brussels, Canada and the Netherlands made presentations about puppetry techniques and figures.

During the meeting the World Encyclopedia of Puppetry was also introduced.

The meeting was attended by national experts from the Iranian Cultural Heritage Handicrafts and Tourism Organization (ICHHTO) and several puppetry museums.