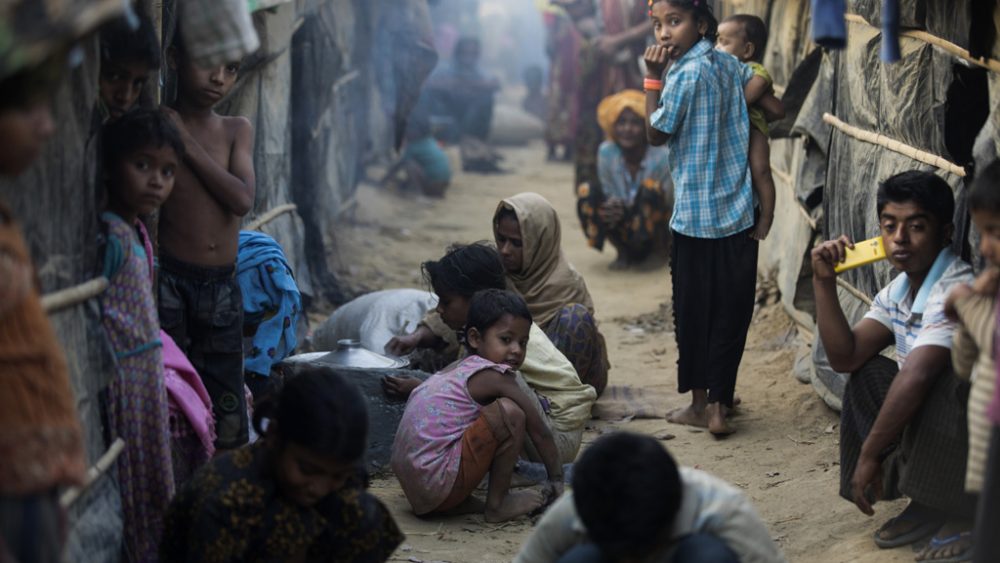 UN scales up response as 270,000 flee Myanmar into Bangladesh in two weeks

The United Nations migration agency confirmed that 270,000 people have fled violence in Myanmar for safety in Bangladesh over the past two weeks, and the number of new arrivals continues to increase.

“Humanitarian agencies are deploying mobile medical teams, installing emergency latrines, providing water, and are distributing tarpaulins for basic shelter and food rations to new arrivals. But much more is needed and we are fast running out of stock,” Margo Baars, who facilitates the Inter Sector Coordination Group convened by the International Organization for Migration (IOM), said in a press release.

On Wednesday, at least 300 boats arrived in Cox’s Bazar from Myanmar. Sea routes are particularly dangerous in this season of rough seas.

IOM said that new arrivals usually start by looking for space in the established makeshift settlements, where there are some services. But these are already full. Three new spontaneous settlements have sprung up in areas which still have very little services.

An estimated 130,000 of the new arrivals are now living in the registered refugee camps and three makeshift settlements of Kutupalong, Leda and Balukhali. Another 90,000 people are sheltering in host communities, and nearly 50,000 have settled in new spontaneous settlements.

IOM, which has allocated $1 million from its emergency funds to boost the humanitarian response in Cox’s Bazar, is working with the government and partners to scale up its delivery of lifesaving aid – most importantly shelter, drinking water, food and medical assistance – to those most in need.

Separately, the UN Central Emergency Response Fund also announced a further $7 million to help the thousands of destitute people who continue to flood into Bangladesh.

Most of the people now crossing the border are women, children and the elderly, many of whom are vulnerable and lack the ability to take care of themselves. There are also many pregnant and lactating women among the new arrivals.

Healthcare facilities are also struggling to provide adequate services as the number of people in need of emergency and basic health care continue to grow. Seven mobile health teams have been deployed to the spontaneous settlement areas, and IOM and partners are recruiting more doctors, nurses and midwives to increase the reach of the teams.