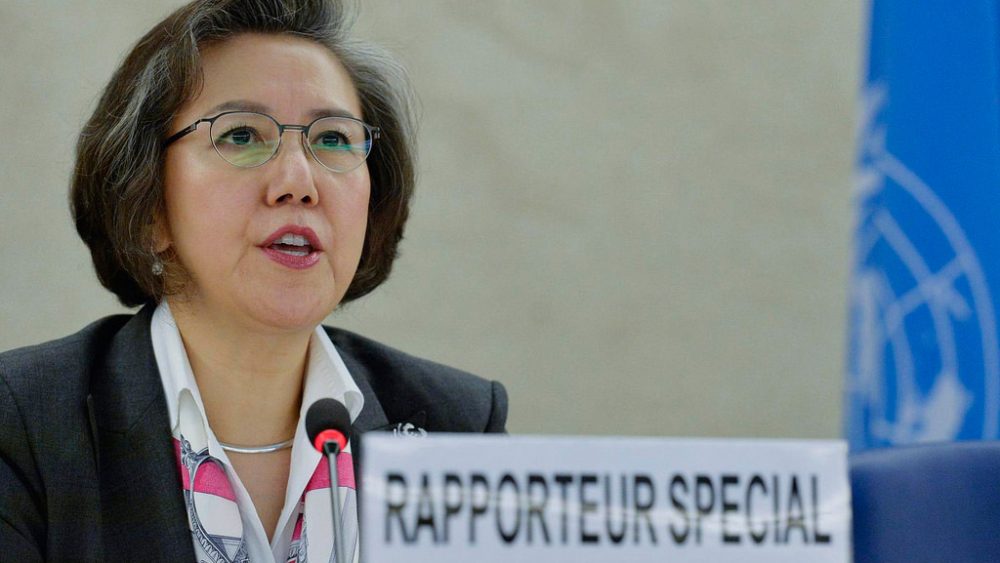 While no one expects an overnight transition to democracy in Myanmar, there has to be real progress on human rights, an independent United Nations expert said, highlighting reported killings, tortures, and an “ongoing humanitarian crisis” for the Rohingya people and other minorities.

In a statement from the Office of the High Commissioner for Human Rights (OHCHR), Special Rapporteur Yanghee Lee accused national authorities of “presiding over a worsening security and human rights situation” in the country.

Ms. Lee said she catalogued a list of concerns during her 12-day visit to the country, which was held at the invitation of the Government, which also included the use of human shields by security forces and deaths in custody.

“I am disappointed to see the tactics applied by the previous Government still being used,” said Ms. Lee, who wrapped up her visit on 21 July.

“We are told not to expect Myanmar to transition into a democracy overnight – that it needs time and space,” she continued. “But in the same way, Myanmar should not expect to have its close scrutiny removed or its special monitoring mechanisms dismantled overnight. This cannot happen until there is real and discernible progress on human rights.”

The independent expert also raised concern about the situation of the Rohingya people, and said that State protection and security extend “not only to the Rakhine but also the Muslim communities.”

In Kachin and Rakhine states, some 100,000 and 120,000 people, respectively, have remained displaced for more than five years following the eruption of inter-communal conflict between Buddhists and minority Muslim Rohingya.

Ms. Lee said she was particularly dismayed to learn that the situation in northern Shan State was deteriorating, with reports of more conflict, alleged rights violations by security forces and armed groups, and inadequate assistance for civilians.

“There have been numerous reports of killings, torture, even the use of human shields by the armed forces, allegedly in some cases accompanied by threats of further violence if incidents are reported,” said Ms. Lee.

The Special Rapporteur, who visited Yangon and Nay Pyi Taw as well as parts of Rakhine, Shan and Kayin States, said she had been “astonished” at Government attempts to limit her activities and movements.

The Special Rapporteur also highlighted the confiscation of land to create so-called Special Economic Zones, where land has been confiscated but some farmers still have to pay tax on it.

Ms. Lee will present a full report on her visit to the UN General Assembly in October 2017.