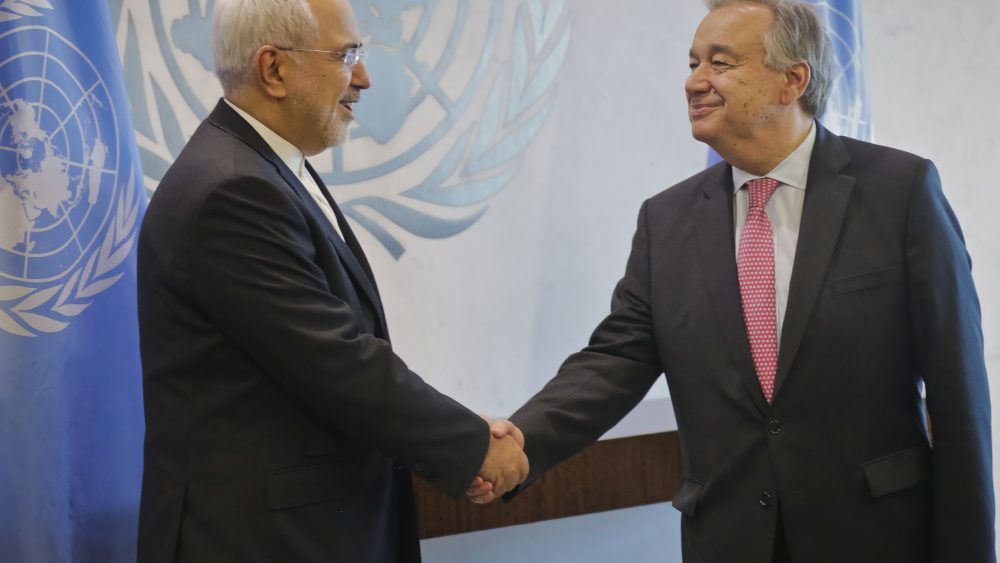 Zarif and Guterres discussed latest developments in the region and world during their meeting on Monday.

The Iranian minister has been in New York since July 14, to take part in a high-level UN meeting on sustainable development.

He is expected to have some meetings with UN officials as well as his counterparts from other countries.

Zarif’s deputies Abbas Araqchi and Majid Takhtravanchi accompany him in the UN event.

During his stay in the United States, he has also participated in interviews with the US think tanks and media.