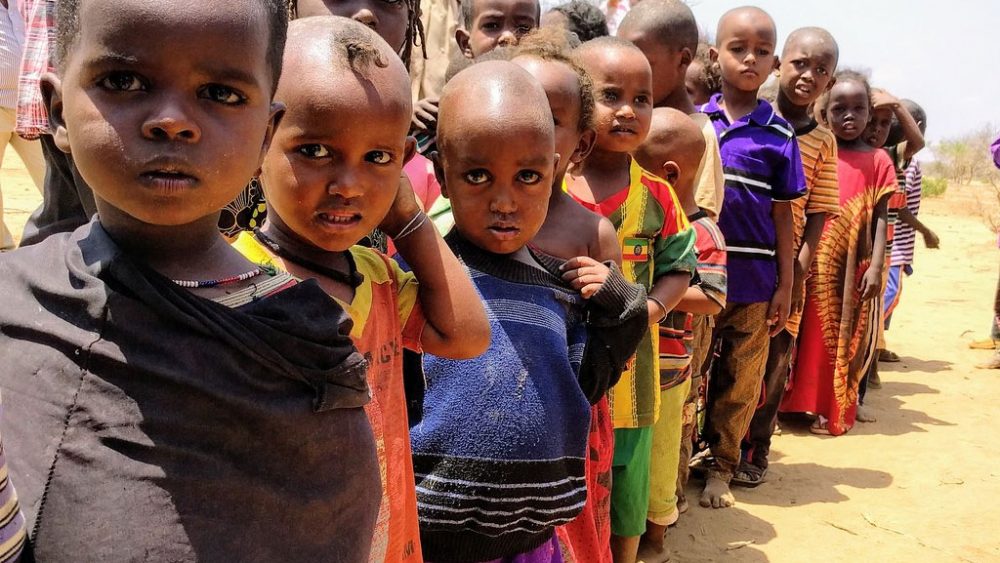 If the world is to eradicate poverty, address climate change and build peaceful, inclusive societies for all by 2030, greater efforts are needed to accelerate progress on the Sustainable Development Goals (SDGs), according to a United Nations report presented by Secretary-General António Guterres.

“Implementation has begun, but the clock is ticking,” stated Mr. Guterres. “This report shows that the rate of progress in many areas is far slower than needed to meet the targets by 2030.”

Using the most recent data available, the annual SDGs report provides an overview of the world’s implementation efforts to date, highlighting areas of progress and areas where more action needs to be taken to ensure no one is left behind.

While nearly a billion people have escaped extreme poverty since 1999, about 767 million people remained destitute in 2013, most of whom live in fragile situations.

Despite major advances, an alarmingly high number of children under age five are still affected by malnutrition. In 2016, an estimated 155 million children under five years of age were stunted.

Between 2000 and 2015, the global maternal mortality ratio declined by 37 per cent and the under-five mortality rate fell by 44 per cent. However, 303,000 women died during pregnancy or childbirth and 5.9 million children under age five died worldwide in 2015.

The benefits of development are not equally shared. On average, women spent almost triple the amount of time on unpaid domestic and care work as men, based on data from 2010 to 2016.

Economic losses from natural hazards are now reaching an average of $250 billion to $300 billion a year, with a disproportionate impact on small and vulnerable countries.

Despite the global unemployment rate falling from 6.1 per cent in 2010 to 5.7 per cent in 2016, youth were nearly three times more likely than adults to be without a job. In 2015, 85 per cent of the urban population used safely managed drinking water services, compared to only 55 per cent of rural population.

“Empowering vulnerable groups is critical to ending poverty and promoting prosperity for everyone, everywhere,” stated Wu Hongbo, Under-Secretary-General for Economic and Social Affairs.

Harnessing the power of data

Effectively tracking progress on the SDGs requires accessible, reliable, timely and disaggregated data at all levels, which poses a major challenge to national and international statistical systems.

While data availability and quality have steadily improved over the years, statistical capacity still needs strengthening worldwide. The global statistical community is working to modernize and strengthen systems to address all aspects of production and use of data for the SDGs.

The SDGs Report 2017 is based on the latest available data on selected indicators of the global SDG indicator framework, prepared by the UN Department of Economic and Social Affairs (DESA) with inputs from a large number of international and regional organizations.