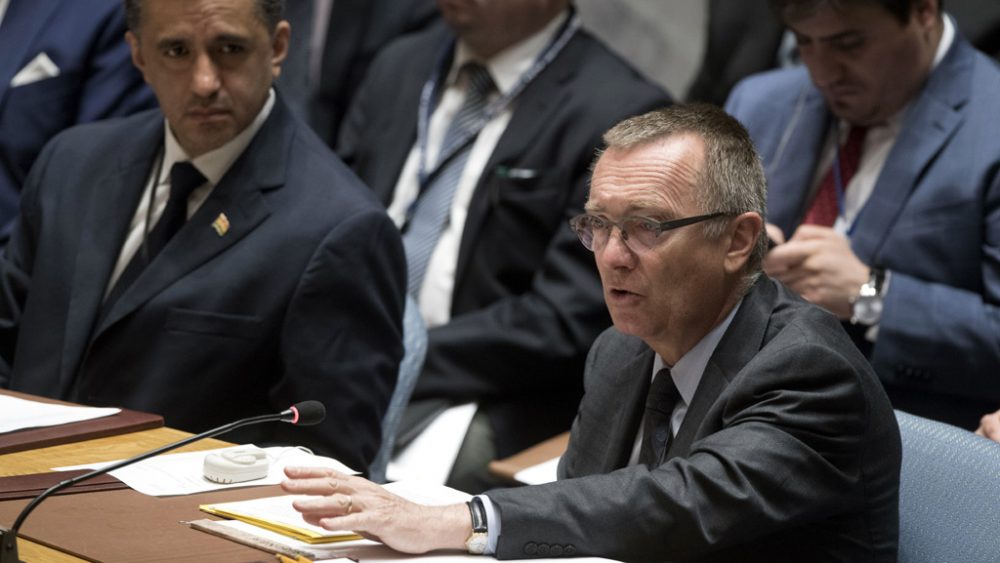 After losing control on population centers and declining financial strength, the Islamic State of Iraq and the Levant (ISIL/Da’esh) terrorist group is more focused than ever before on “enabling and inspiring” attacks outside of conflict zones, the top United Nations political official said.

“The threat from ISIL has been intensified by its use of the Internet and social media to disseminate propaganda online to a wide international audience,” Jeffrey Feltman, the UN Under-Secretary-General for Political Affairs, told a Security Council meeting on threats to international peace and security caused by terrorist acts.

“Although the volume of such messages has declined in the past 16 months, the threat persists as supporters outside Syria and Iraq collect and re-distribute this propaganda,” he added.

In Europe, for example, ISIL has used its online presence to encourage supporters to mount attacks in their countries of residence. “This has led to multiple attacks, including in Belgium, France, Germany, the Russian Federation, Sweden, Turkey, and the United Kingdom,” noted Mr. Feltman, adding that while some of those extremists had been labelled “lone actors,” investigations demonstrate that the perpetrators often received support or resources from facilitators and, in a number of cases, were in direct contact with ISIL enablers.

He also noted a decrease in the flow of foreign terrorist fighters and in the overall number of ISIL fighters during the last 16 months but returnees and the relocation of fighters from the conflict zones to other regions now present a considerable – and an increasingly transnational – threat to international security.

“Money services, including exchange houses and money couriers, continue to be a preferred method for ISIL and its supporters to move funds across borders,” he said, expressing concern that funds for reconstruction and stabilization for newly liberated areas should not enable ISIL remnants to abuse those new resources.

He also informed the meeting of the work undertaken by the UN and other actors, including the INTERPOL and the Financial Action Task Force to strengthen regional and national frameworks to counter terrorism financing and arrest the flow of foreign terrorist fighters.