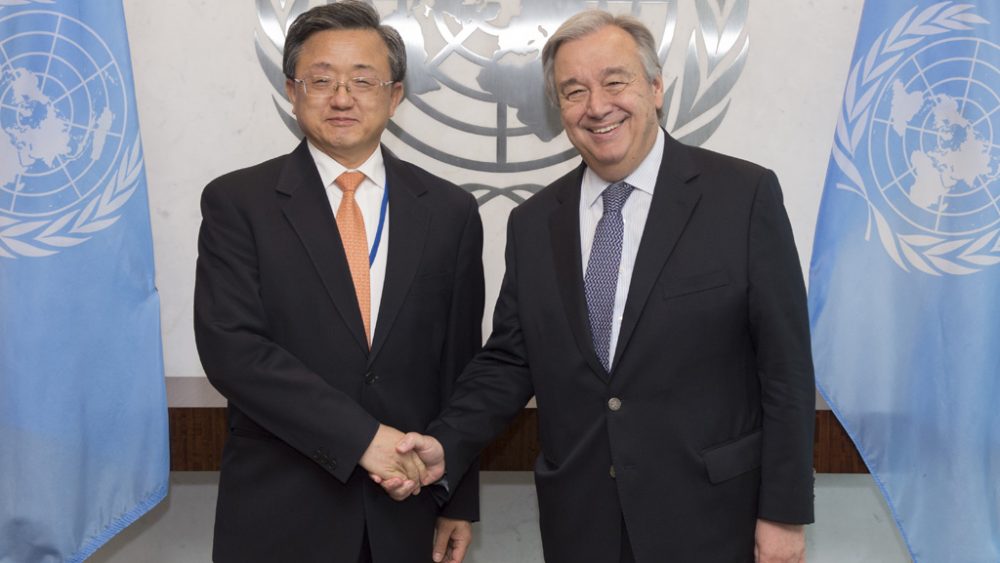 According to a statement issued by the Secretary-General’s office, Mr. Liu – currently Vice Minister of Foreign Affairs of China – brings to the position more than 30 years of experience in the diplomatic service, with a strong focus on the promotion of bilateral, regional and global issues.

He was deeply involved for ten years in climate change negotiations including the conclusion of the Kyoto Protocol and the Paris Agreement, added the statement.

Furthermore, over the last several years, in various capacities, he has been consistently highlighting and advocating for sustainable development issues.

Having started his career at the Chinese Foreign Affairs Ministry in 1982, Mr. Liu served as an Assistant Minister of Foreign Affairs, the Ambassador and Permanent Representative of China to the UN Office at Geneva and Other International Organizations in Switzerland, as well as a number of other senior positions.