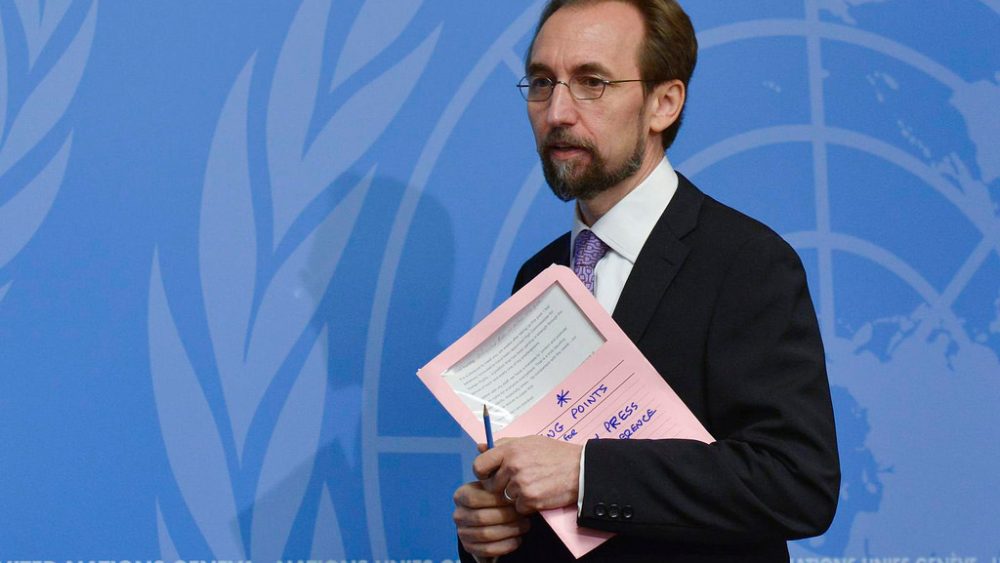 Expressing concern at the violence and arrests that occurred as part of a wider crackdown on dissent in Bahrain, the top United Nations human rights official called on the Government to promptly launch an independent, effective investigation into the deaths of protestors on 23 May.

UN High Commissioner for Human Rights Zeid Ra’ad Al Hussein issued his call after what his Office (OHCHR) described as the deadliest security operation in the Al-Diraz area since March 2011 and the third one since December 2016.

According to OHCHR, supporters of Sheikh Isa Qassem, the highest Shia authority in Bahrain, had been holding a sit-in since June 2016. At least five protesters were killed and some 286 individuals were arrested. Official accounts suggest that 19 security personnel were injured during the recent security operation by Bahraini security.

The operation came two days after a Bahraini Court had handed down a one-year-suspended sentence to Sheikh Isa Qassem on charges related to illegal funding and money laundering.

“I urge the Government to investigate the events of 23 May, in particular the loss of lives, to ensure that the findings are made public and that those responsible are held accountable,” High Commissioner Zeid said, also calling on all sides to refrain from violence.

Reports that those who died were buried without the consent of their families were also disturbing, he said, adding that loved ones must be allowed to perform funerals in line with their customs and traditions.

Last Wednesday, one of the country’s last remaining opposition groups, the National Democratic Action Society, also known as Waad, was dissolved by a court in Manama. Sources suggest that a number of activists and human rights defenders have also been summoned for interrogations in recent days, with allegations of ill treatment during the questioning.

“Human rights defenders working in Bahrain reportedly continue to face restrictions, intimidation, interrogations, detention and travel bans,” Mr. Zeid said. “I urge Bahrain to choose a different path – one of engagement and dialogue, as well as accountability for violence, regardless of the perpetrator. My Office stands ready to offer technical assistance and advice on the promotion and protection of human rights in Bahrain.”