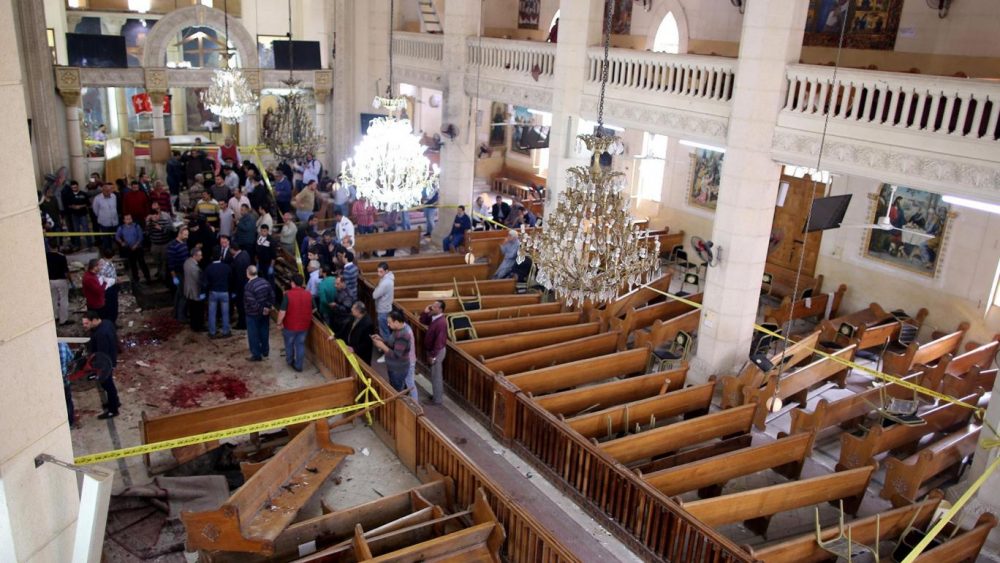 United Nations Secretary-General António Guterres and the Security Council condemned the bombings of two Coptic churches in Tanta and Alexandria, Egypt, which killed at least 41 people and injured more than 100 others.

Speaking through his spokesperson, the Secretary-General said that he hoped “the perpetrators of this horrific terrorist act will be swiftly identified and brought to justice.”

In a separate press statement, the Council called the bombings “heinous and cowardly,” and reaffirmed that terrorism is one of the most serious threats to international peace and security.

The bombings were also strongly condemned by the High Representative for the UN Alliance of Civilizations (UNAOC), which noted that the attacks took place during Palm Sunday celebrations when both churches were packed with worshippers “aim at ruining the unity and diversity that characterize the Egyptian society.”

Launched in 2005 through the initiative of Spain and Turkey, under the auspices of the UN, the Alliance maintains a global network of partners, including States, international and regional organizations, civil society groups, foundations, and the private sector to improve cross-cultural relations between diverse nations and communities.

Mr. Guterres, the Security Council and the UNAOC expressed their deepest sympathy and condolences to the families of the victims and to the Government of Egypt, and wished a speedy and full recovery to those who were injured, according to separate statements.

The 15-member Council also stressed the need to bring everyone responsible for the attacks to justice, and urged UN Member States to cooperate with the Government of Egypt and all other relevant authorities.