The 4th phase of joint cooperation between Iran’s Department of Environment, UNDP, and Japan for Lake Urmia restoration is a continuation of three-year attempt to revive the lake through engaging local community and farmers by applying sustainable agriculture techniques with Japanese government making a contribution of $1 million.

Signed between Masoumeh Ebtekar, chief of the Department of Environment, and UN Resident Coordinator and UNDP Representative in Iran Gary Lewis the document covers methods for the lake restoration.

Building on the first phase which piloted successful water-saving measures to restore Lake Urmia, the governments of Iran and Japan along with the United Nations signed into effect a project extension (the second phase) in March 2015 which added another $1 million to the combined effort.

The third phase of Contribution to Lake Urmia Restoration document was signed on April 6, 2016 and Japan has allocated another $1 million to the project.

The project is specifically designed to raise awareness among the local communities and farmers and promote sustainable agriculture by building trust among local communities, training farmers and youngsters in workshops, launching campaigns on the platform of social medias, encouraging alternative livelihood, setting up women micro-credit funds, etc.

The second phase aimed at promoting sustainable agriculture and reducing water consumption in the farming communities adjacent to the saltwater lake by engaging local community and farmers to use a technique called Integrated Participatory Crop Management (IPCM). The second scaled-up phase of the project expanded to cover an additional 34 villages and this time 30 percent of the lake surface was covered with water.

Over the third phase of the project carried out in 90 villages were involved and led to 36 percent water coverage of the lake area.

And finally the newly initiated phase will be implemented in 110 villages and is hoped to increase the lake covered surface to 44percent.

Implementing the programs farmers managed to save up to 47 percent more water in cultivating wheat, 12 percent in planting barely, and 20 in growing rapeseed and a rise of about 11, 28, and 108 percent in the yield respectively. 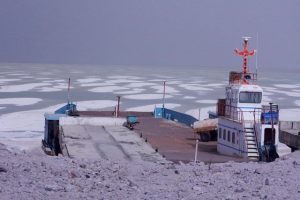 Restoration would not be accomplished overnight

Commenting on Lake Urmia’s critical situation Suzuki, a representative from the Japanese embassy, explained that his government decided to donate $1 million to Lake Urmia restoration program in January 2017.

“My government has been continuously supporting lake restoration since 2014,” he said, stating, following a meeting between the Iranian President Hassan Rouhani and the Prime Minister of Japan Shinzo Abe in 2013 this is the fourth time that japan is making a contribution to the restoration program of the lake.

The restoration of the lake would not be accomplished overnight, however it is happening slowly in a collaborative effort of all responsible organizations, he highlighted.

He went on to say that Japan’s government strongly hopes that this project in cooperation with Iran and UNDP contribute to the further restoration of the beautiful lake as well as welfare of the local communities of the lake basin.

Lake’s condition not perfect, but better than it was before

Lewis also gave an outline of the three-year efforts made to revive the lake saying, “[this program] can be used as an example of how such environmental problems can be fixed in other countries of the world involving many partners.”

Lewis invited the attendants to join a visual journey where displayed photos of the lake in 2013 and 2017 during his visits to the lake.

He further explained that in 2013 the water which was supposed to flow into the lake was blocked for agricultural use and that the salt was exposed causing discomfort to the locals and visitors.

“But I returned six weeks ago, I saw something different; it was not the perfect situation but it was better than it was before,” he said.

The water has started to come back and the lake is covered with not a lot of water but thin amount of water, he stated, now the water on the surface of the lake is protecting the salt from the wind and is covering much larger percentage of the lake and preventing the dust from blowing up and going around.

Restoring the lake to its previous health takes many years but at least we are trying to improve the situation, he pointed.

“By using many astonishing simple techniques we have done three things, we have saved 35 percent of the water that farmers used to use, we’ve reduced the need to use chemicals by 40 percent and yet the yield of these crops on average have increased by 25 percent,” he noted. 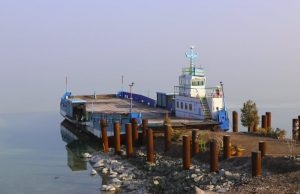 Environment chief Ebtekar, for her part, also lauded the project and the participants maintaining that it is still a long way for the lake to fully restore.

“The lake’s condition has undoubtedly improved and we’ve taken some major steps to address the predicament,” she added.

She further commented on the role of local communities particularly women who played a key role in alternative livelihood.

“I hope one day we would succeed in doing the same thing for other wetlands in the country,” she suggested.