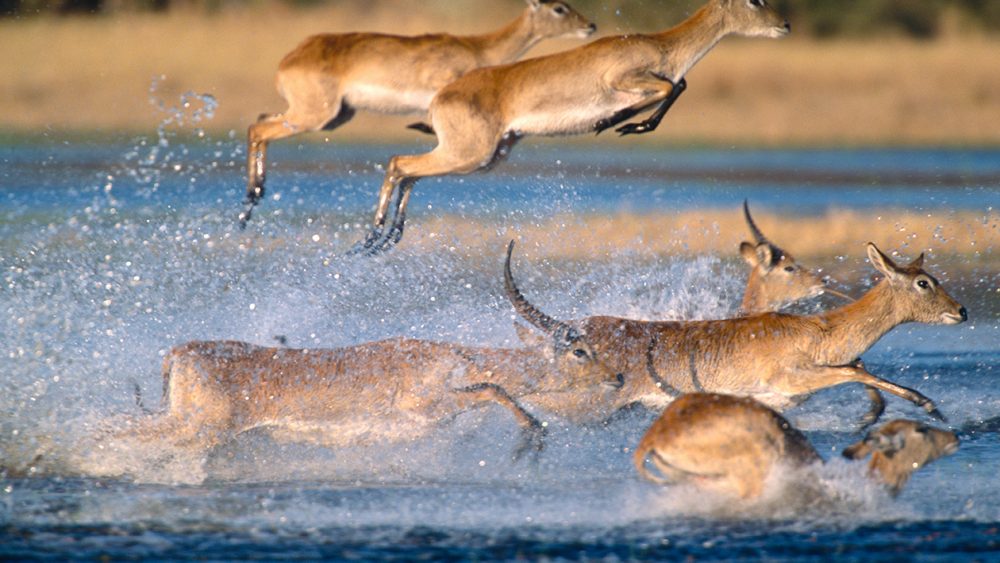 With the fate of the world’s wildlife soon to be in the hands of the next generation, the United Nations is observing this year’s World Wildlife Day with a call to harness the power of young people’s voices in conservation efforts.

“Poaching and illegal trafficking pose a significant threat to wildlife, especially some of the world’s most iconic and endangered species,” UN Secretary-General António Guterres said in his message for the Day, which this year is on the theme Listen to the Young Voices.

“Strict enforcement of laws is important, but so too is awareness,” Mr. Guterres added, appealing to young people to protect their inheritance by becoming informed and acting to protect wild animals and plants from the threat of extinction.

In her message, Irina Bokova, the Director-General of the UN Educational, Scientific and Cultural Organization (UNESCO), stressed that young people have a special role to play as change-makers and future custodians.

“We must listen to them and nurture their engagement, to craft new forms of action to conserve and protect wildlife on the basis of solidarity,” she said.

On 20 December 2013, the UN General Assembly decided to proclaim 3 March as World Wildlife Day – the day of the adoption of the Convention on International Trade in Endangered Species of Wild Fauna and Flora (CITES) in 1973, which plays an important role in ensuring that international trade does not threaten the species’ survival.

“Given the current rate of poaching and smuggling, will future generations one day speak of elephants, rhinoceros and many other endangered species as we speak of mammoths…? We must not and will not allow this to happen,” said CITES Secretary-General, John E. Scanlon.

“Our generation has not yet succeeded in securing the future of many wild animals and plants. Meeting this challenge will now be shared with the next generation,” he added.

Habitat loss, climate change and industrial-scale poaching are impacting species great and small, from elusive pangolins to migratory sea turtles, to apex predators like the tiger. World Wildlife Day is a very special occasion on the UN calendar as it helps to galvanize national and international action.

To succeed, it is vital to fully harness the innovation and energy of youth, and combine it with the wisdom that comes with experience, he said.

Last year, the UN launched the Wild for Life campaign, which asked people to make wildlife crime personal. Since its launch, it has engaged 35 celebrity champions, reached over 1 billion people, generated 4.5 million social media engagement and 12,000 pledges of action.

And some are taking monumental steps to combat the destruction of species. In December 2016, the future of elephants was given a huge boost by China’s declaration to ban all commercial ivory trade by the end of 2017.

“China has set a great example to the world with its ivory ban. Young people should take heart from this and push for further progress globally to ensure that wildlife and their habitats are sustainably managed in the future,” said UN Environment Programme (UNEP) Executive Director Erik Solheim.

Speaking at a General Assembly event on the protection of wild flora and fauna and on tackling illicit trafficking in wildlife, newly appointed Deputy Secretary-General Amina J. Mohammed highlighted the UN’s efforts in those areas.

“Over the past four decades, the planet has lost as much as 50 per cent of its wild animals and plants – and, in some areas, even more – due to climate change, habitat loss, over-exploitation, poaching and illicit trafficking,” she said.