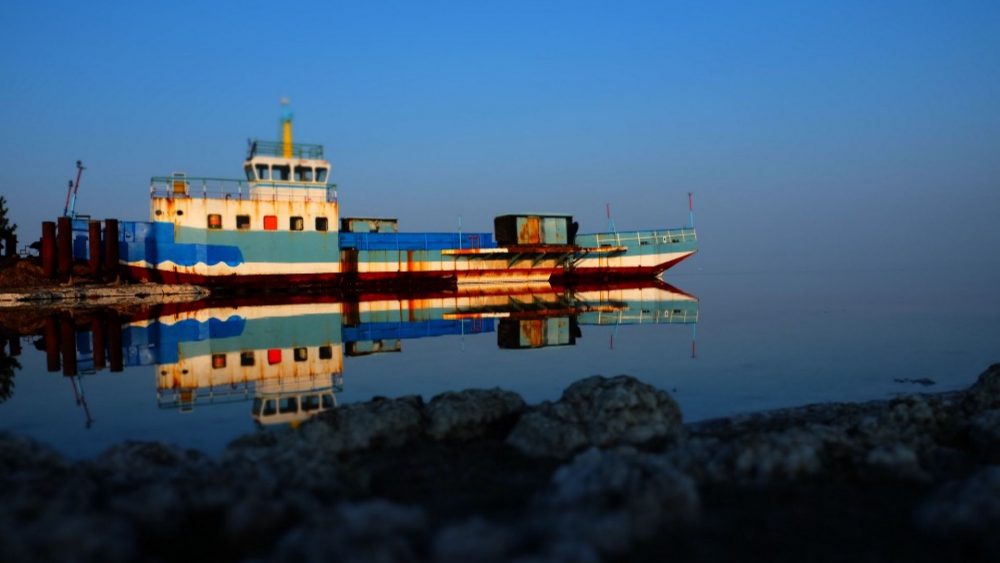 By Erik Solheim, Head of UN Environment, and Gary Lewis, UN Resident Coordinator in the Islamic Republic of Iran

Lake Urmia was once the second largest saltwater lake in the world. But years of man-made disruption—from 60 years of dam building to the massive overuse of feeder rivers—has diverted the natural flow of sweet water from the surrounding basin into the salty lake.

As a result, the lake simply dried out. It died at the hands of humans.

But the effort to fix what had been broken is succeeding. There is water now. Not nearly enough, but much more than before.

The lake is coming back. This revival is the result of an immensely successful collaborative effort involving many players — some Iranian, some foreign.

We visited Lake Urmia this week to see the progress.

Four years ago, the landscape was barren. 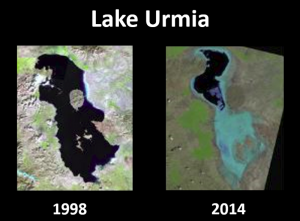 In those days, standing on the flat, dead salt bed—which is what the exposed bottom of the lake had become—was like standing on a different planet. The water had gone. But the wind hadn’t. And that gusting wind whipped up the exposed salt granules, blowing them into the face and the lungs of anyone near the lake, and onto the surrounding farmlands.

Imagine what living in this dust bowl would be like — day-in and day-out—for the residents and farmers in the Lake Urmia Basin.

People would develop cancers from the poor quality of air. Crops would die from salted soil.

And as farmers drilled wells deeper into the aquifers at the side of the lake, the groundwater would become depleted, allowing saltwater to seep in.

It was becoming just like the situation in the similarly dried-out Aral Sea in Central Asia: people afflicted with allergies, respiratory diseases and cancers — crops failing—futures imperiled.

Fast forward four years. Our plane landed in Urmia on a crisp, clear February morning. There was talk of improvement. But best to see things with your own eyes.

We approached the vast open expanse of lake bed when we saw the morning sun glimmering off something that was not there four years ago.

Water. Not deep. But enough to cover the salt granules. As we drove across the bridge which bisects the lake, the glimmer stretched out towards the rising sun. 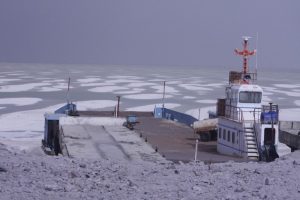 It was an emotional experience. Right before us was proof that the environmental problems we create can be fixed.

There are three main reasons why this happened.

The first was engineering works that helped unblock and desilt the feeder rivers.

Second was the deliberate release of water from the dams in the surrounding hills.

Third, and most difficult of all to accomplish, was a change in how water was managed in the basin — especially among farmers.

This third approach — better water management — took considerable time and effort to achieve. But it appears here to stay. It took painstaking effort to get farmers to modify their agricultural techniques when growing wheat, barley, rapeseed, fruit and vegetables.

The new techniques are astonishingly simple: changing farm dimensions to make for smaller plots which retain water better; using trickle-irrigation instead of flooding fields; avoiding deep tillage; introducing drought-resistant crop strains; ploughing plant residue back into the soil rather than burning it.

Across the board, the crop yield—despite using less water — has also increased by 40 per cent. And the saved water can flow back into the lake, and replenish it.

The project to improve water management is being implemented by the United Nations, working closely with local farmers, provincial and national governments.

As we got on the plane to return home to Tehran, we thought of three lessons from this burgeoning success story.

First, Iran faces great environmental challenges that reflect those faced by many countries. But we can fix what we have broken.

Second, the public must be educated and speak out on the environment. The UN recently received a petition containing 1.7 million signatures in 2016, requesting action on Lake Urmia. The pressure has been relentless. Such pressure must continue — it must be welcomed and acted upon.

Third, these environmental problems cannot be solved if we act alone. The Lake Urmia response shows that it takes a team effort.

Leadership by public authorities, engagement from local communities, and sometimes support from the international community, such as the UN and donor nations (such as Japan in this particular case), are all needed to do the trick.

Work remains to be done, but what has happened in Lake Urmia is an example to inspire us all — both inside and outside Iran.