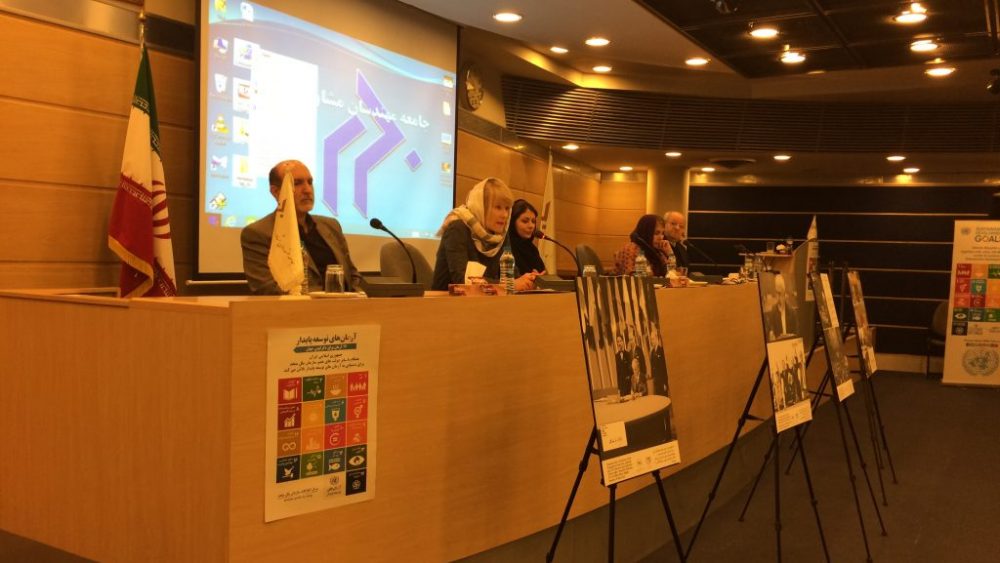 TEHRAN- An expert meeting for discussing the achievements of The United Nations Conference on Housing and Sustainable Urban Development, Habitat III, which took place in Quito, Ecuador from 17-20 October 2016, was held at the Association of Iranian Architects on 17 January.

Addressing the participants, UNIC Director Maria Dotsenko said that only global sustainable solutions can address global problems and the UN is the cornerstone of that multilateral approach.  She explained that in 2015, 193 UN Member States, including the Islamic Republic of Iran, adopted a historic document, titled: Transforming our world: the 2030 Agenda for Sustainable Development.  She added that this document contains the Sustainable Development Goals (SDGs).

She emphasized that SDG 11, “Make cities and human settlements inclusive, safe, resilient and sustainable” is becoming more and more relevant, since more than half the world’s population lives in cities. By 2030, it is projected that 6 out of 10 people will be urban dwellers. Despite numerous planning challenges, well-managed cities and other human settlements can be incubators for innovation and key drivers of sustainable development.

She added that however, as more people migrate to cities in search of a better life and urban populations grow, housing issues intensify. “As population growth outpaces available land, cities expand far beyond their formal administrative boundaries,” Dotsenko said.

She pointed out that the quest for sustainable and coordinated urban development starts with national policies and regional development plans. As of 2015, 142 countries, including Iran, have a national urban policy in place or under development.

Other speakers of the conference were Representative of UN Habitat Office in Tehran Siamak Moghadam, UN Habitat City Planer Sara Habibi and Shahid Beheshti Associate Professor of Architecture Farzin Fardanesh. Architect Giti Etemad was the secretary of the meeting who briefed the participants on history of Habitat conferences, Habitat III achievements and the New Urban Agenda.

Some unique historic photos and documents illustrating UN-Iran partnership, were exhibited during the event.  This exhibition is a jointly organized by UNIC and the Ministry of Foreign Affairs with support of IRNA news agency.