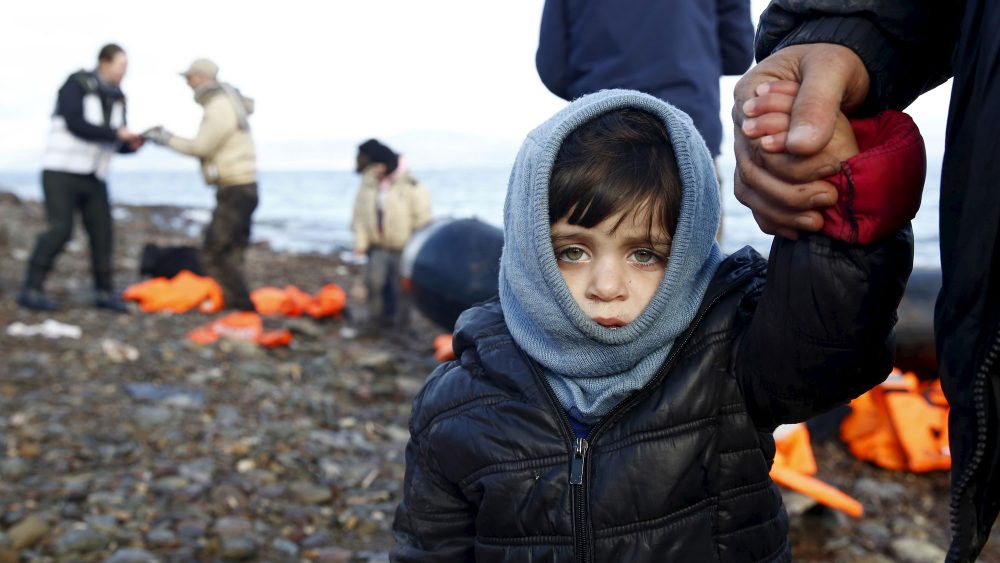 Why we can hope for better crisis response in 2017

Izumi Nakamitsu, head of crisis response at the U.N. Development Programme, highlights some of the progress made in humanitarian response last year – and outlines some steps to making sure that pledges of reform actually happen.

Despite the horror of 2016, in Syria, Yemen, Lake Chad Basin and many other areas, I remain hopeful that the international community will deliver on its big promises to change the way it works.

Stubbornly clinging to hope is essential after this year. But I also have seen the clear foundations for change being laid.

In 2016, I was involved in several historic summits held in response to the unprecedented humanitarian crises we are facing. I led the United Nations Development Programme’s (UNDP) preparations for the World Humanitarian Summit (WHS) in Istanbul in May. I’m now working with the World Bank, governments and other partners to implement some of the commitments from those meetings, including rolling out a new way of working in crises that will not only meet humanitarian needs, but also reduce them over time. This means setting shared goals, developing multi-year plans and taking other steps to bridge the divide between development, humanitarian and peace-building actors.

I’ve seen new players step up with innovative ideas. I’ve seen U.N.secretary-general-designate Antonio Guterres commit to finding a new way of working both inside and outside of the U.N., as agreed in Istanbul, which will help vulnerable people get back on their feet as quickly as possible, help them build resilience to new threats and reduce future risks.

The message from 2016 was clear: We must all work differently – not just the U.N., but also civil society, the private sector and governments.

Some of the most promising signs of progress this year have come from within the U.N. and its NGO partners, who have begun hammering out the details of exactly how to “bridge the divide” between humanitarian, development and peace-building actors. This is one of the biggest priorities if we are to deliver on what was promised in 2016.

Ideas like setting shared goals for different organizations responding to a crisis must now be translated into something workable. In Sudan, for example, humanitarian, development and peace-building actors are already working towards setting shared goals and multiyear plans to help vulnerable people get back on their feet for the long term, rather than becoming dependent on short-term aid.

At the World Humanitarian Summit, most organizations and governments were on the same page about this principle. In fact, I didn’t hear a single person argue – publicly or privately – that there was no room for improvement in the current system.

Financing is another area to watch. The aim is to tear down some of the financing restrictions that make us much less efficient in our work. For example, many donors currently only provide funding for 12 months at a time. Multi-year funding would allow us to set more ambitious, longer-term plans to respond to or prevent crises. There is solid work underway in this area by some countries, U.N. agencies (including UNDP) and the World Bank.

There’s also a push to think outside the box of traditional crisis financing. For example, the World Bank has announced a Global Crisis Response Platform to leverage low-cost financing for middle-income countries struggling to host large refugee populations.

We can also be encouraged by the way the U.N., many governments, NGOs, academia, civil society and financial institutions are responding to mass displacement. It’s not easy, given the numbers of people affected and the fact that most live in countries already wrestling with poverty.

However, groups such as the Solutions Alliance, established in 2014, have brought together creative thinkers, including from the U.N., to find practical solutions to displacement. I hope the New York Declaration for Refugees and Migrants will guide more investment in developing a comprehensive global response that shares the responsibility between all countries.

More Work to Be Done

Ultimately it is up to political leaders to find political solutions to prevent or resolve conflict. They have to agree that enough is enough and must vigorously defend the principles of international humanitarian law.

This is the most difficult part of the follow-up to the summits of 2016. With civilians experiencing an even darker hell in Aleppo this month, it is clear yet again that our political leaders are failing in this responsibility. This is a matter of fundamental humanity, and U.N. member states are the ones with the power to act.

There is also more work to be done in reforming humanitarian financing. The “Grand Bargain” reached at the WHS in Istanbul will only be a success if both sides of the table – the U.N. and member states – step up and act. The U.N. is genuinely trying to change, and more countries need to show good faith with their own financing reforms.

Some of the most creative ideas on this are coming from the World Bank, the Islamic Development Bank and other multilateral development banks. Many of my most inspiring discussions on these reforms are with top thinkers from these organizations, who regularly challenge the status quo and test ideas, while the rest of us talk about the need to think outside the square.

I see four key priorities for 2017. First, we need to speed up implementation of the promises made at the 2016 summits. Second, as we roll out a new way of working, it has to trickle down to every level. Global ideas only take hold if they’re adopted nationally and locally.

Third, we need to adjust our systems to properly support working together to achieve shared outcomes. Results on the ground should guide us, not bureaucratic turf disputes. Fourth, the U.N. needs to adjust its training to ensure we have a new generation of experts with the right skills to better serve vulnerable people and support local authorities.

In 2016, we agreed on what should be done; now we must agree on how it should happen. As anyone in international relations knows, the hardest part of an ambitious reform agenda is rarely the global summits; it’s usually the painstaking work in the weeks, months and years that follow.