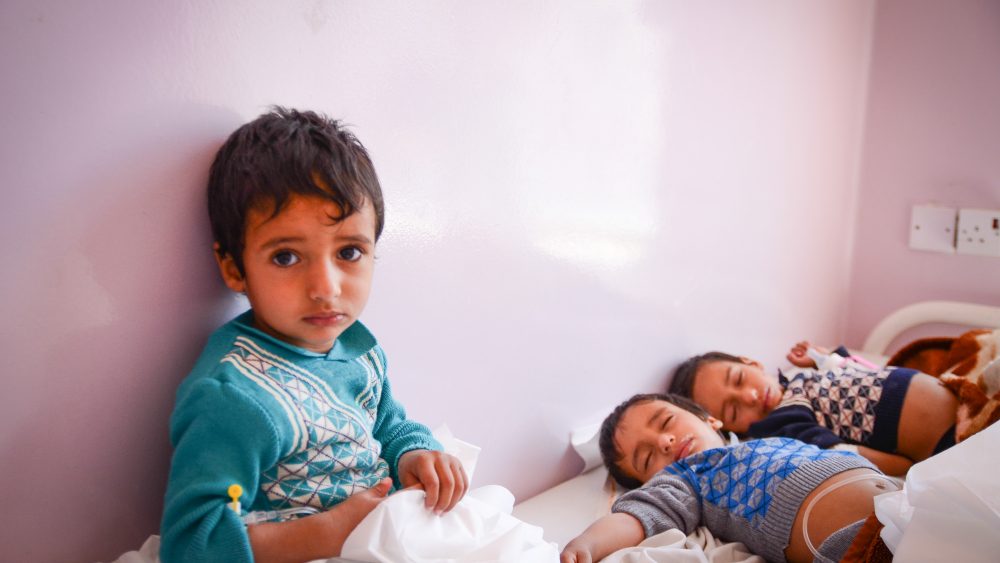 Yemen’s children are at the heart of the world’s worst humanitarian crisis. Ten million children are in urgent need of assistance, over two million are malnourished — and the number is rising. War, economic collapse and the failure of the international community to act have all contributed to this crisis.

Child mortality rates — already unacceptably high before conflict broke out — have increased. An additional 10,000 preventable deaths per year are now occurring. These children are the invisible causalities of Yemen’s war.

Another 1,219 children have died as a direct result of the fighting. The country’s fragile health system is collapsing. A fiscal crisis and the country’s failing economy have led to chronic shortages of essential drugs and equipment. Health workers and doctors have gone unpaid since August 2016.

Every ten minutes, one Yemeni child dies from preventable killers like diarrhoea, malnutrition and respiratory tract infection. These figures will rise unless the international community acts decisively to fund humanitarian action that will require at least half a billion dollars to support often lifesaving Health and Nutrition activities in 2017.

The conflict has also been characterised by an almost complete disregard for the protection of civilians, and multiple violations of international law have been documented by the UN and human rights organisations. Hospitals and health facilities have been damaged and destroyed by airstrikes and ground fighting and the import and distribution of life-saving medical supplies delayed by bureaucratic impediments and restricted access for humanitarian organizations to reach people in need of aid.

According to the Save the Children Fund, an international NGO promoting the rights of children, in its latest report, Yemen’s health system is on the verge of breaking apart, with some eight million kids in need of basic healthcare amid a deadly Saudi war on the impoverished nation. The report, titled Struggling to Survive: Stories from Yemen’s Collapsing Health System, is based on factual information and interviews with practitioners and locals.