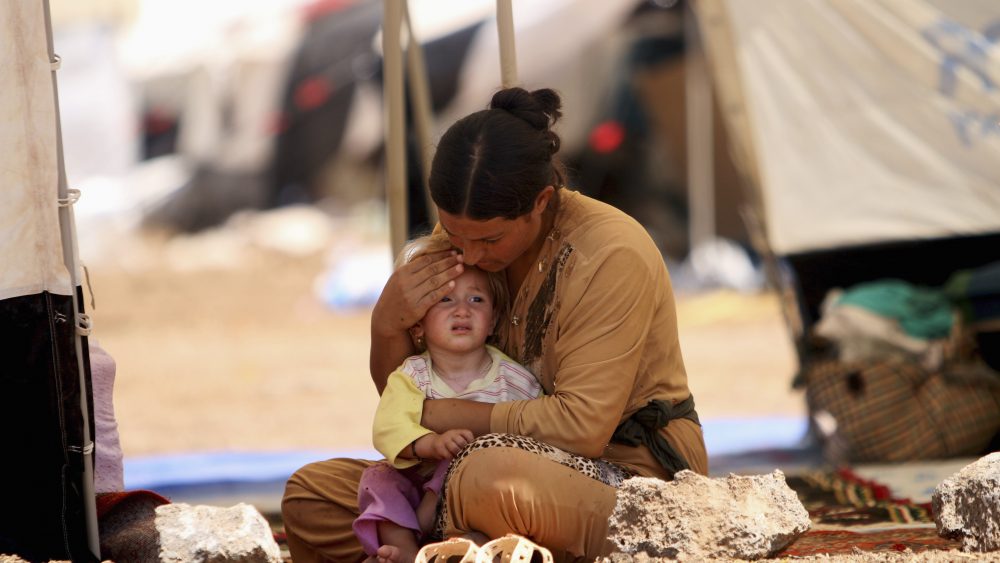 Baghdad/Erbil, Iraq, 28 November 2016 – Under the theme “From Peace in the Home to Peace in the World: Step Up for Freedom and Equality”, the United Nations in cooperation with the Government of Iraq and the Kurdistan Regional Government launched the 16 days of Activism campaign against gender-based violence in Iraq. The campaign was launched in Baghdad on 26 November 2016 under the auspices of H.E. Haider Al-Abadi, the Prime Minister of Iraq. Speaking on behalf of the Prime Minister, Dr. Mahdi Al Alak, the Secretary-General of the Council of Ministers, said the launch this year coinciding with the Mosul military operations confirms the need of the international community’s support. He added that the measures taken by the Government of Iraq to protect the women and girls from gender-based violence cannot succeed without international support.

Speaking on behalf of the United Nations, Mr. György Busztin, Deputy Special Representative of the UN Secretary-General for Iraq for Political Affairs, stressed the importance of continued collective efforts among all relevant stakeholders in providing the needed protection to women and girls in Iraq, especially amid the ongoing Mosul military operations. Mr. Ramanathan Balakrishnan, UNFPA Representative in Iraq, highlighted the contribution of the international community in improving the country’s capacity, building community resilience and strengthening coordination and advocacy for gender-based violence prevention and response.

The two-week campaign was also launched in Erbil on 27 November 2016 by the Prime Minister of the Kurdistan Regional Government, Mr. Nechirvan Barzani, who pledged continued support of the Kurdistan Regional Government to fight violence against women and urged the inclusion of women rights in the education system. Speaking on behalf of the UN System, Mr. Nestor Owomuhangi, the UNFPA Deputy Representative in Iraq, highlighted the efforts that have been made by the United Nations to support the Governments of Iraq and Kurdistan region in increasing access to lifesaving services to those who suffer gender-based violence. He commended the collaboration between the Kurdistan Government and the UNFPA in the establishment of a women centre in Dohuk Governorate that provides comprehensive medical and mental health and psycho-social support to women and girls that suffered sexual violence from ISIL. During the event, the KRG Prime Minister gave a high level award to the Director of the UNFPA-supported women centre in Dohuk to acknowledge the outstanding efforts that has been made by the centre since it was opened in 2015.

The UN also organized a number of public events to raise awareness to combat gender-based violence in Sulaymaniyah and Dohuk Governorates. The Dohuk event was organized in Domiz camp with participation of refugees including young people who performed a number of artistic activities to spread the messages of the campaign. In Sulaymaniyah, a public event was organized in Hawary Shar Public Park with the participation of the UN, governmental and non-governmental partners to raise awareness among the public on the activities related to the campaign and encourage them to take part in these activities.