United Nations Association of Iran / News / Tolerance is a commitment ‘to seek in our diversity, the bonds that unite humanity’ – UN
Nov 16 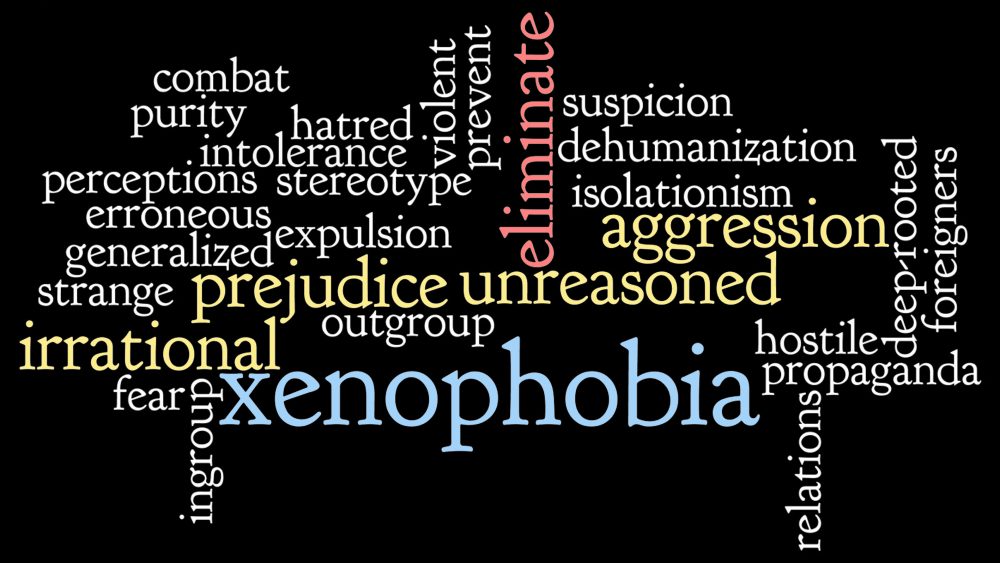 Tolerance is a commitment ‘to seek in our diversity, the bonds that unite humanity’ – UN

Underscoring the importance of tolerance, particularly in today’s diverse world, United Nations Secretary-General Ban Ki-moon and the head of the UN Educational, Scientific and Cultural Organization (UNESCO) have called for seeing the world through the prism of “we the peoples” and to collectively build societies that are more inclusive, more peaceful and more prosperous.

“The values of tolerance and mutual understanding – so firmly embedded in the United Nations Charter and the Universal Declaration of Human Rights – are facing profound tests around the world,” said Mr. Ban in his message on the International Day for Tolerance.

Refugees and migrants continue to face “closed doors and clenched fists,” he said, stressing that violent extremists continue to target people solely because of their faiths and traditions. Day by day, bigotry shows its face through racism, anti-Muslim hatred, anti-Semitism and other forms of discrimination.

“Too many armed conflicts have sectarian dimensions; too many societal disputes break down along communal lines. And too many politicians use the cynical math that says you add votes by dividing people,” he said.

The United Nations, the Secretary-General continued, promotes tolerance as a matter of its fundamental identity. “When tolerance is upheld, we encourage the world to emulate those fine examples. When tolerance is threatened, we must speak out,” he stated.

He went on to note that the UN has launched a new campaign to promote tolerance, respect and dignity across the world, Together. It is meant as a specific response to the xenophobia faced by so many refugees and migrants, and aims to highlight the benefits of diversity and migration. But it is also part of our general efforts to promote mutual understanding and global harmony.

“Let us not be provoked or play into the hands of those who thrive on hatred and instil fear in our societies. Today’s global challenges should compel us to reject the failed mindset of ‘us’ versus ‘them.’ Let us see the world and all its possibilities through the prism of ‘we the peoples’, the UN chief concluded.

“[Tolerance] is a lever for sustainable development, as it encourages the construction of more inclusive and thus more resilient societies that are able to draw on the ideas, creative energy and talents of each of their members,” said UNESCO Director-General Irina Bokova in her message on the Day.

Underscoring the need to counter the threats to tolerance such as tendencies and rhetoric calling for isolationism and that the world would be a better place if people lived alone, in “pure cultures, protected from outside influence, Ms. Bokova said.

“We must remember the historical facts, recall how peoples and identities have mingled, engendering richer, more complex cultures with multiple identities. Using the living testimony of world heritage sites, we can show that no culture has ever grown in isolation, and that diversity is a strength, not a weakness.”

In her message, the UNESCO Director-General also spoke out against the rise in racist attitudes and stereotyping of religions and cultures and stressed that tolerance is not naive or passive acceptance of difference, noting that it is a fight for the respect of fundamental rights.

“Tolerance is not relativism or indifference. It is a commitment renewed every day to seek in our diversity the bonds that unite humanity,” Ms. Bokova underscored.

International Day for Tolerance is celebrated annually on November 16, marking the 1995 adoption of the Declaration of Principles on Tolerance by UNESCO Member States that among other things, affirmed that tolerance is neither an indulgence nor indifference, and that it is respect and appreciation of the rich variety of our world’s cultures, forms of expression and ways of being human.