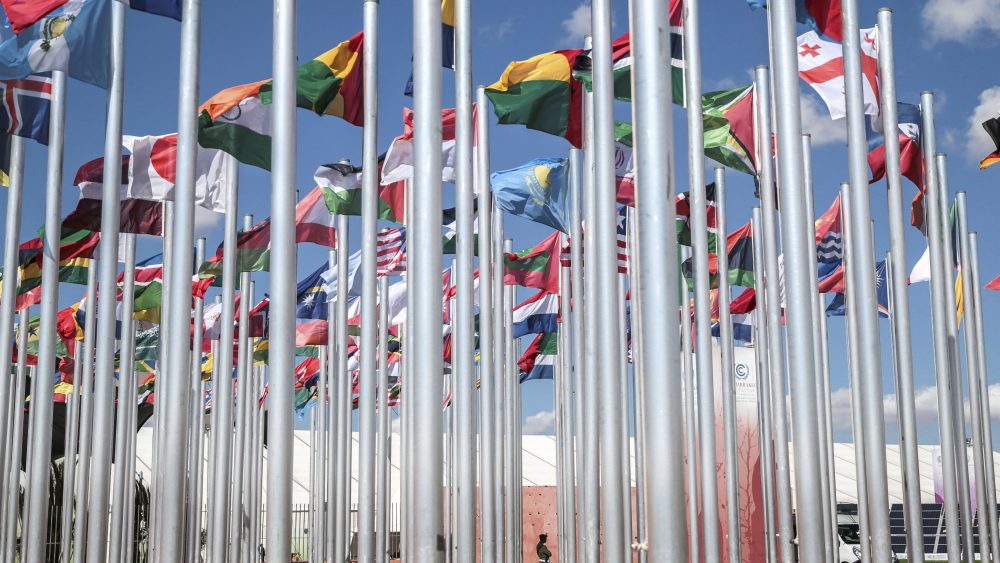 South-South cooperation is growing, as developing countries are helping each other to address climate change, sustainable development and implementation of the Paris Agreement, said senior United Nations officials and government Ministers at the UN Climate Conference in Marrakech (COP 22).

Dr. Nabarro stressed that the Climate Partnerships for the Global South, also known as Southern Climate Partnership Incubator (SCPI), initiated by UN Secretary-General Ban Ki-moon, in the margins of the signinig ceremony for the Paris Agreement, held at UN Headquarters in New York this past April, “is about making connections.” The Paris Agreement entered into force on 4 November 2016.

The United Nations has launched the SCPI to initiate, facilitate, and support partnerships that will help developing countries address climate change. “SCPI is leveraging the UN system to match the needs of developing countries with counterparts willing and able to meet them. Through the SCPI we can help each one to learn from the other,” said Dr. Nabarro, adding that the SCPI has reviewed 300 good cases of bilateral, trilateral and plurilateral partnerships facilitated by the UN, non-governmental organizations and multilateral development banks.

The President of COP 22, Salaheddine Mezouar, Minister of Foreign Affairs and Cooperation of Morocco, underscored that the South-South cooperation is “not in opposition to North-South or South-North cooperation.” Indeed, he said, through South-South cooperation, “we want to assure that countries of the South are taking charge, that they have much to share and much to bring to each other,” he told the participants of the Forum.

“As we are in a changing world, the balances of this new world also depend on the strengthening of South-South partnerships and South-South cooperation. [Momentum in both these areas] will help move much faster and will also help developing countries find other levers to meet the challenges they face,” he added.

The Executive Secretary of UNFCCC, Patricia Espinosa reminded the Forum’s participants that “while it is clear that developed countries need to provide support to developing countries to reach their goals of the Paris [that accord] also encourages complimentary support such as South-South cooperation.” Indeed, South-South cooperation is rapidly becoming an integral component of international cooperation to address climate change.

Dr. Nabarro thanked China for its leadership and generous support to advance South-South cooperation and “for bringing together action on climate and action on sustainable development in such a decisive way.” Today’s Forum was co-hosted by China, Morocco and the UN.

He cited China’s flagship programme, the South-South Cooperation Fund on climate change, which “is expanding the capacities of more developing countries to engage in this kind of collaboration.” He also stressed China’s significant contributions towards regional and global low-carbon transition with a solar alliance and the Africa Renewable Energy Initiative (AREI). He also mentioned Brazil, who is leading the efforts on Biofuture Platform, a joint initiative to decarbonize the transport sector.

At the High-Level Forum, the Special Representative of China on Climate Change Affairs, Mr. Zhenhua Xie, said that his country was willing to share its experiences in regard with coping with climate change. “We need to promote more South-South cooperation,” he said, calling on international organizations to act as “bridges.”