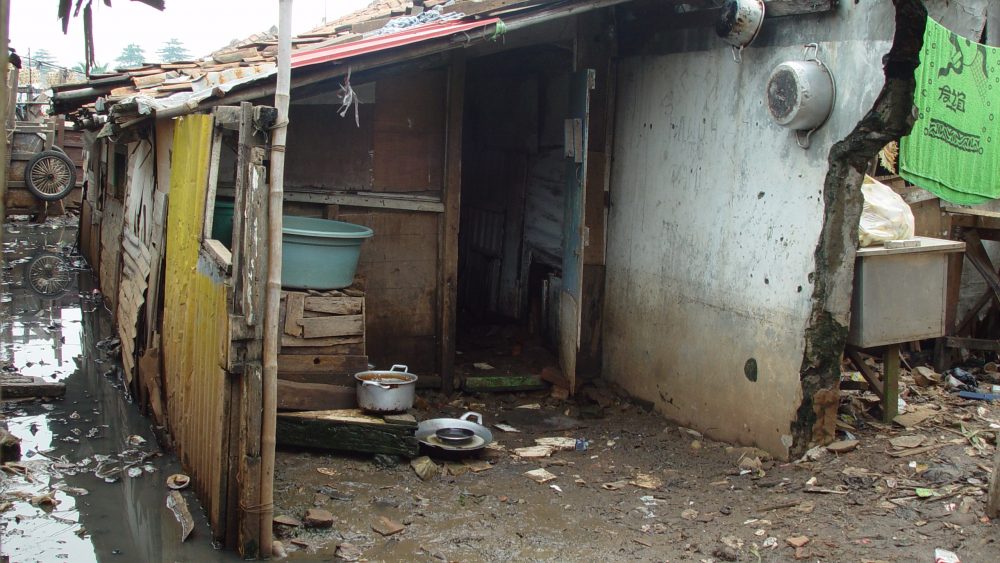 Adequate housing is a universal human right and should be at the centre of the urban policy and in the physical centre of the city, senior United Nations officials said yesterday, marking the 2016 edition of World Habitat Day.

“The unplanned rapid expansion of towns and cities means an increasing number of poor and vulnerable people are living in precarious conditions, without adequate living space or access to basic services, such as water, sanitation, electricity and health care,” Secretary-General Ban Ki-moon said in his message on the Day.

More than half the global population already lives in urban areas. Approximately a quarter of these urban dwellers live in slums or informal settlements.

“They are often isolated from opportunities for decent work and vulnerable to forced evictions and homelessness. Providing access to adequate housing for all is high among the priorities of the New Urban Agenda,” which Governments are expected to adopt at the UN Conference on Housing and Sustainable Urban Development (Habitat III), to be held later this month in Quito, Ecuador, Mr. Ban noted.

Held every 20 years, the Habitat conference is designed to reflect on the state of human settlements and on what the towns and cities of the future should look like. With the world embarking this year on implementing the historic 2030 Agenda for Sustainable Development, achieving its 17 goals will depend, in large part, on whether cities and human settlements are made inclusive, safe, resilient and sustainable, the UN chief said.

“On this World Habitat Day, I urge national and local governments, city planners and communities everywhere to keep housing at the centre,” Mr. Ban said, echoing the theme of this year’s Day. “Guaranteeing dignity and opportunity for all depends on people having access to affordable and adequate housing,” he added.

In his message, Joan Clos, the Executive Director of UN-Habitat and Secretary-General of Habitat III, said that “our cities and homes define who we are, in many ways. They determine whether we will have access to education and job opportunities. They define our ability to lead a healthy life and the level of our engagement in the collective life of the community.”

“Adequate housing is a universal human right and should be at the centre of the urban policy,” he said, adding that it is part of the right to an adequate standard of living and it means ‘much more than having four walls and a roof.”

For a home to be adequate, one must take into account many factors: Where is it located, its affordability and the availability of basic services such as water, sanitation and drainage, he explained, noting that currently, over a billion people in the world – mainly slum-dwellers –are unable to enjoy this basic right to adequate housing.

Over the last 20 years, despite increasing demand, housing policies have not been prioritized in national and international development agendas, he pointed out. As a result, adequate housing is widely unaffordable for a relevant part of the world population.

According to a recent study by the UN-Habitat’s Global Urban Observatory in collaboration with New York University and the Lincoln Institute, public housing represents less than 15 per cent of housing types both in developing and developed world. The tendency in the last two decades has been a rising cost of housing, forcing people to move far away to the outskirts of the city to find affordable housing.

The approach to the housing market has clearly failed to provide affordable housing for the low-income households and urban poor. Where housing is affordable, there is a strong and comprehensive housing policy addressed to the objective of housing affordability.

What makes the difference is the coherence and continuity of a public policy pursuing housing affordability regardless of the level of development of the country or the price of its land. This is the reason why housing should be at the centre of the urban policy.

Affordable housing policy if well conducted can become not only the solution to a social and humanitarian problem but also a very powerful instrument of local development and prosperity. It can and it should be a win-win solution. In addition, housing should be located in the physical centre of the city.

“By now this might sound utopian, a kind of wishful dream but on the contrary, it is an urgent step towards an effective solution to the most pressing issues of our modern society,” he said.

That is why this year World Habitat Day puts the focus on the need to improve housing accessibility through a new strategy, called “Housing at the Centre,” he said. “Only in doing so, we will be able to build cities that are truly for all.”